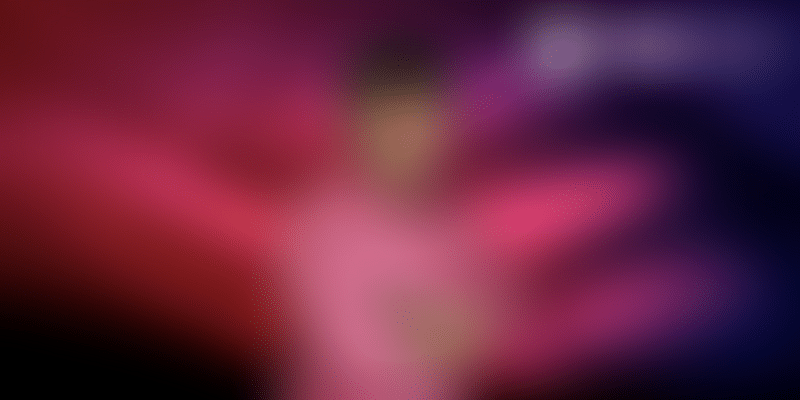 In this week’s Techie Tuesday, we feature Manikandan Thangarathnam, Senior Director at Uber. In a career spanning close to two decades, Mani built for scale at Microsoft, worked on patented products at Amazon, and is now looking to disrupt the mobility segment at Uber.

If there is one thing that Manikandan ‘Mani’ Thangarathnam loves about technology, it is the ability to simplify a consumer’s life. A staunch believer in the power of logical thinking and reasoning, Mani felt there was a “strong correlation between mathematics and computer science”.

“Both have a strong base in logical thinking and reasoning. There should be a reasoning for why are you doing what you are doing, and computer science gives you that. There is a logic for everything and this is what excites me the most about computer science,” Mani says.

After a 15-year engagement at Amazon, Mani recently joined Uber as Senior Director. The shift was a no-brainer for he believes every segment, sector, and space in an industry has “a phase of disruption” when it comes to technology.

“In the past few decades, music, books, retail, content, and phones have also seen their digital disruption phases; now it’s the time for mobility,” he says.

Mani, who hails from Tuticorin, spent most of his boyhood in Chennai where his father worked as Chief Financial Controller for Tamil Nadu Electricity Board and his mother was a homemaker.

He may be a techie with close to two decades of experience in building products at Microsoft, Amazon, and now Uber, but Mani was keen to become a doctor at one point. However, his medical entrance test score didn’t allow him a seat, and he chose engineering at College of Engineering, Guindy, in 1996.

“In hindsight, those four years were life-changing and transformational. On a relative’s advice, I ended up taking the then less popular computer science engineering elective. I enjoyed the four-year journey and learnt a lot of programming and coding,” he says.

This love for programming and coding continues even today.

But when Mani passed out in 2000 there weren’t many product companies in India. Google and Facebook were non-existent, and the only big international company building something in India was Microsoft. It had started India operations in 1998, and in 2000 decided to hire youngsters from college campuses. That’s how Mani chose to join Microsoft.

“At Microsoft, I learnt that empowering people will drive what the team needs to deliver. After four years, I got into people management and even presented a project to Bill Gates,” says Mani, who joined the R&D centre in Hyderabad fresh out of college. He was the second member to be chosen to be part of a 15-member team.

The team worked on four projects. Mani worked on a project that involved building Outlook as a client for IBM’s Domino server. Explaining, he says the IBM Domino server has an email offering to view emails; the user needs to use Lotus Client to view emails. “This initiative helped me strengthen my base on applications,” he says.

After seven years at Microsoft, Mani moved back to Chennai in 2007 for personal reasons. In October that year, he joined Amazon in Chennai – their 14th employee in India. By this time, Mani had seen the journey of growth at Microsoft and understood the challenges of scale and growth specific to product development in India.

Mani’s years of experience at Microsoft stood him in good stead to explore new advancements in technology at Amazon.

“Amazon was then expanding into music, videos, and e-books among other sizeable ventures. I entered the workforce and joined the digital content team,” he says.

His first project at Amazon was to find how to get content from content providers and store in an efficient and secure way. The high volumes that Amazon was dealing with had to be kept in mind.

“We had to build and solve for how we could store 10 or 40 GB files securely without data leaks. I received two patents as part of this project. The structure we built in the early days is still used by the digital content space served by Amazon,” Mani says.

In 2008, he began work on Kindle as adoption of the e-reader picked up. He worked on the content on the platform and books, converting them to Kindle formats.

“The various challenges my team solved included book formatting, publishing, and pricing. The team soon grew from single digits to triple numbers due to expansion in technology, operations, and the success of the device. These play a critical factor in generating revenues for the Kindle business even today,” he says.

Mani went on to work on the Kindle device software, helping transition the software framework and application stack to Chennai.

In 2011, the focus shifted to expansion of Fire tablets and TV.

“I started focusing on Android, which included system apps that shipped with the OS, and gained three years of experience in the field. Fire OS was primitive since it served all the Android-based devices that powered Fire TV, tablets, and phone,” he says.

By 2015, Mani began worked on Alexa Communications; the idea was to bring consumers closer. Most of his work here is confidential.

Two years later, he moved to work on Appstore.

“This was a move with a focus on making an impact across all devices. The initial focus was on the client side of purchasing, downloading, and installing apps on Fire TV and Fire Tablets. We soon moved to focus on increasing the PDI adoption and usage of operations.”

Mani says the increase in scope happened by taking ownership of the developer experience. The team drives efforts to maintain developer engagement by contributing efforts - 3P developers engage with Appstore by submitting their apps to enter the Amazon Appstore network.

After 13 years at Amazon, Mani joined Uber in 2020. On why he chose mobility Mani says, “Since 1995, there have been differential changes and disruption in ecommerce. I feel there are sectors that are poised for massive tech disruption in the next 10 to 15 years; mobility is one such area.”

Mani says the pandemic opened up new channels of innovation, with use cases being very novel and unique.

No stopping a techie

Mani believes it is important for a techie to keep going and building things.

“On my last day at Microsoft my mentor there asked me: supposing you go to a new company and things don’t work, what will you do? I responded that as many people have told me that I can come back if things don’t work out, maybe I’ll come back.

“My mentor then gave me advice for a lifetime: if things aren’t working, that is the time you should be there and make it happen. Even after you work hard for few months and things still seem tough, that is when a person like you can really make a difference.”

Mani explains his philosophy, saying: “When problems are tougher than they seem, it gives you, as a techie, the opportunity to find a solution to that problem. My mentor had said this doesn’t mean you cannot come back to Microsoft but take the challenge and solve it and that will take you ahead. Even today, wherever I go and whatever problem I face, I remember this advice.”

Mani looks for people who have problem-solving skills and understand data structure algorithms. He explains that we now have a “segment of engineers passionate about a problem and problem solving”.

There is no better time than now for Indian techies to build global products and profits at global scale. “So it is important to develop the competency needed to build those products. That is why it is important to have diverse groups to understand the requirements of consumers from diverse groups. That gives you the power and ability to build features and products that the consumer loves. Your product has to really solve a customer’s problem.”

Speaking of his learnings and advice for young techies, Mani says: “I have learnt to be customer-centric; this is important while designing and building products. Be delivery-focused, get customer feedback, fail and recover fast. Get people together to make things happen.”