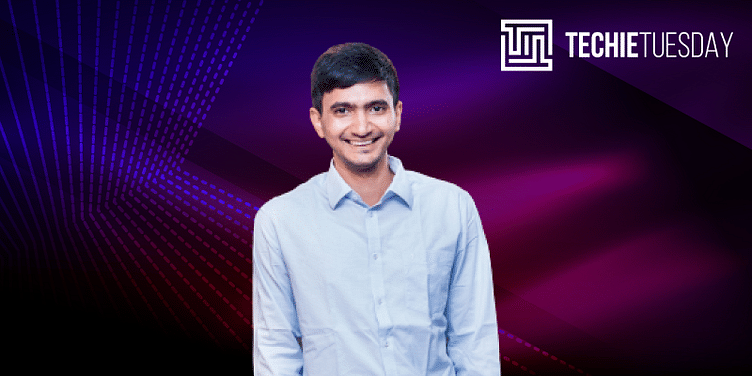 In this week’s Techie Tuesday, Ather Energy Co-founder and CTO Swapnil Jain talks about his entrepreneurial journey and how he and Tarun Mehta developed an IoT-enabled electric scooter.

Can a scooter become part of our lives like smartphones and smart home devices Alexa and Google Home have? That was one of the driving forces for Swapnil Jain to set up ﻿Ather Energy﻿ in 2013 with Tarun Mehta.

For Swapnil, technology is all about using logic to make things work in a chaotic world. The Chief Technology Officer of Ather, along with his team, developed the core technology and deep-tech of the Internet of Things (IoT) device for Ather’s electric vehicles (EV).

An alumnus of IIT Madras’ engineering design course, Swapnil completed a Master's in the subject from the same institute in 2012.

The first engineer in the family

A native of Mumbai, Swapnil developed an interest in science and technology early on. “I was one of the few people in my family who was interested in science. I always found the subject fascinating,” he says. Swapnil’s father works with the Central Railway and his mother is a homemaker. Swapnil found out about IIT by chance: At home, “there wasn’t any talk of engineering”, he says. “I was already in Class XI then and there wasn’t enough time to prepare for JEE, as the curriculum was different and more extensive (than that at school).”

Eventually, he joined IIT Madras in 2007. There, Swapnil says, he found a bunch of like-minded folks, who were building technology and electrical products for prospective customers. It was also there that he met Tarun and they started testing and building products together.

“We both believed that technology could be a strong disruptor in the energy segment,” Swapnil says. “We were working on energy projects using solar power and kept tinkering with different ideas.”

What’s the best part about engineering design and electronic technology? It “explains a lot of things, it helps you build things from scratch”, he says. “It is a way of expressing in a very systematic and logical way. It has a way of making you easily understand everything happening around you. There is nothing ambiguous about it.”

A love for tinkering

A love for tinkering led Swapnil to intern with Bharat Heavy Electricals Ltd (BHEL) in Bengaluru in 2011. There, he designed and fabricated a test rig intended for accelerated simulation of the boiler slag deposition. This test rig would later help BHEL evaluate the boiler coats developed to prevent slag formation.

The project involved drawing up and evaluating various concepts, performing simulations and, based on their outcomes, finalising the design, prototyping and testing of different samples.

After the internship, Swapnil continued working with Tarun on different projects and ideas. Both of them wanted to start their own venture together, but reckoned work experience was important. Swapnil joined General Motors (GM), where he built chaise shields and online pedestrian systems.

Even at that time, Swapnil says, he and Tarun hoped to build a startup focused on IoT and tech. “In our jobs, we weren’t building anything from scratch. The thrill was missing. Tarun had started researching about traditional and electric vehicles, and there was a lot that could be done in the automotive world using technology. We were looking at pioneers like Tesla and how they were using technology in the automotive industry, and we figured we needed that in India as well.”

Swapnil says that in 2013, he and Tarun felt it was the right time to start up and bet on building something. “We were young then and it was a good time to take the plunge.” They first thought of building battery packs, but realised that vehicles needed innovation.

“Most of the tech that goes into building an EV isn’t made in India, so we were looking to build a deep tech IoT device out of India,” says Swapnil. “There is no R&D (research and development) in India. Our aim was to build the best product and not a compromised one… to build the best two-wheelers… The idea was to build an intelligent electric vehicle and not turn a conventional, fossil fuel-run IC (internal combustion) vehicle into an electric one. We wanted to attract the mass market of two-wheelers, not a niche clientele.”

To make this happen, they needed the right team and talent. Building the technology was a challenge because at every stage there were hurdles. “Fixing the electronics, the mechanical part of it, and the cloud has its challenges,” says Swapnil. “So we need people who are flexible. Everyone has good technical skills; it is about how to get things done. They need to be adaptable and have a strong fundamental understanding of systems.”

All the tech for Ather—the vehicle, data, app and charging stations—is connected to the cloud, says Swapnil. The data grid has been designed to enable fast charging, ease of use and accessibility. In effect, it takes care of payment, security and safety, he says. The app shows users the available charging locations and the health of the vehicle, including when it needs to be serviced, among other things.

“We knew we had to build systems that could read the drivers’ usage patterns and ability, give them information on the same and also provide remote diagnostics,” explains Swapnil.

Data on terrain, patterns of riding and vehicle maintenance are all captured. The diagnostics looks for anomalies. There are 40-45 sensors on the vehicle that gather data such as battery temperature, voltage, accelerometer, gyroscope, and GPS. The team has since designed and built a public charging network, Ather Grid.

[Techie Tuesday] He started to code at 8, went on to build an enterprise blockchain platform

Swapnil’s parting shot is some advice for new engineers: “When you are building a new product you need to build it from first principles. That’s very important. You have to be ready to unlearn and relearn new things rapidly. Always find a balance between technical acumen and getting a product out in the market. Engineers get carried away by technical complexities, but you need to build something for people to use.”