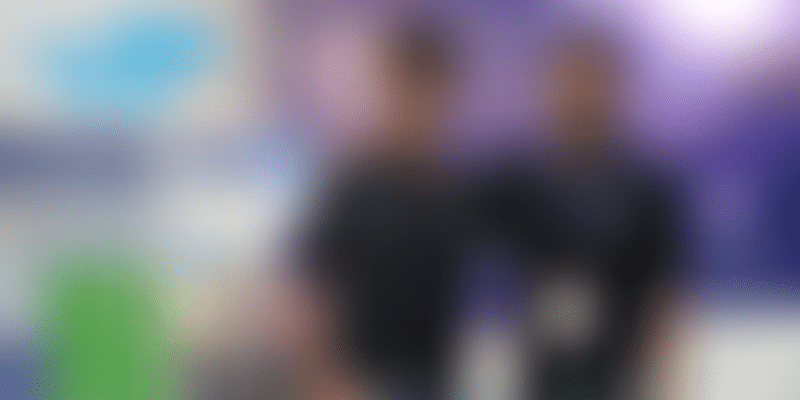 The Turning Point is a series of short articles that focuses on the moment when an entrepreneur hit upon their winning idea. Today, we look at Ranchi-based clean energy startup SafEarth started by Harshit Poddar and Anuvrat Saboo.

Harshit Poddar and Anuvrat Saboo, both in their 20s, embarked on their entrepreneurial journey in 2017 and founded clean energy startup ﻿SafEarth﻿.

The Ranchi-headquartered startup is an online B2B SaaS platform that brings together solar power users, component manufacturers, financiers, and execution companies of a renewable energy project online. It also claims to provide consumers with the best quality solar projects for lower prices, and with the required tools to manage the same.

“We can reduce the cost of a project by nearly seven to 10 percent, reduce time consumption by 40 to 50 percent, and errors to an absolute zero,” Harshit tells YourStory.

Anuvrat and Harshit, both 26 now, were always concerned about the environment. In 2014, while studying at RV College of Engineering in Bengaluru, they realised the prices of renewable power were much lesser than the conventional fossil fuel (coal, oil, and natural gas) power. According to the World Economic Forum (WEF), installing new solar panels is cheaper than a comparable investment in coal, natural gas, or other fossil fuel options. This became a critical point for them in their journey towards finding sustainable solutions to save the planet.

Inspired by this, after their graduation, the duo decided to work in the clean energy sector and joined a renewable energy startup to understand the space better. However, they realised there were several systemic defects within the sector that was stopping the industry from reaching its true potential.

“We felt that this industry needed a new, more customer-centric approach, and only then could it scale up and save the world. We decided that the only way to do that would be to build a company, which would operate as the world’s go-to clean energy platform that solves the problems consumers face when adopting clean power,” Harshit says.

This led them to start SafEarth in 2017. Bootstrapped with the co-founders’ personal savings, they subsequently raised undisclosed funding from friends and family.

Since its inception, SafEarth said it has been able to save over 50,000 tonnes of carbon emissions each year. At the same time, the startup has been able to generate stable, well-paying jobs in remote parts of India to manage the solar plants.

At present, SafEarth has 20 employees working across Ranchi, Bengaluru, Delhi, and Jaipur. Co-founder Anuvrat says the team is rapidly growing and is expected to have 30 employees by March 2021.

“Today, our platform has facilitated a net investment of over Rs 100 crore into renewable energy projects in India. The platform is used by some of the leading corporates in the country, including Toyota, Golcha Associated, Graphite India, and the CK Birla Group,” Anuvrat adds.

In the next five years, the startup aims to create a platform that provides global consumers with the tools and information, which they will require to buy and manage their renewable energy assets.

“We wish to accelerate the world’s transition to clean power by making it as simple and easy as buying a phone online,” claims Harshit.