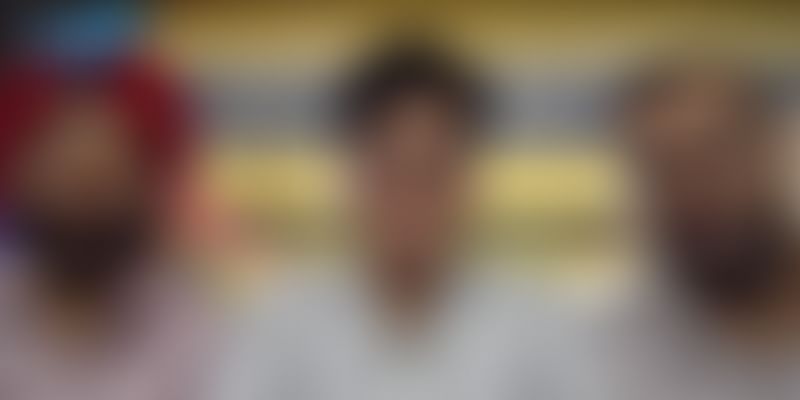 The Turning Point is a series of short articles that focuses on the moment when an entrepreneur hit upon their winning idea. Today, we look at Gurugram-based Kaagaz Scanner, launched by serial entrepreneurs Snehanshu Gandhi, Gaurav Shrishrimal, and Tamanjit Bindra.

Gurugram-based Kaagaz Scanner had the moment it was “craving for” when the document scanning and storage app garnered a million downloads within 15 days after the Indian government first banned 59 Chinese apps, including CamScanner, on June 30.

However, contrary to how others saw this, Kaagaz Scanner did not find overnight success. Its moment came after five years of struggle by serial entrepreneurs Snehanshu Gandhi, Gaurav Shrishrimal, and Tamanjit Bindra.

The trio has earlier worked together at home services startup Tapp Me, which was launched in 2015 by Snehanshu and Gaurav. Tamanjit was the CTO (and the first employee) at Tapp Me, an on-demand services startup similar to Urban Company. However, the startup was shut down in 2019 due to lack of funds.

However, there was no stopping the trio. They stated Ordenado Labs to offer AI-enabled apps so solve daily life worries of users such as document organisation. In 2019, they launched Sorted AI, an app that works like a smart personal assistant and helps organise notifications, notes, reminders, classifying personal documents etc.

The idea for Sorted AI came as a personal use case for Snehanshu. He often felt the need to “be more organised” and tried numerous productivity tools , but could not stick to them. A medical emergency made him realise that his wife and parents were unaware of important documents related to health insurance and investments.

Soon, Snehanshu started exploring if technology could be leveraged to automate the process of “getting organised”. He confabulated with Gaurav and Tamanjit, and in July 2019, they decided to build productivity app Sorted AI with an initial investment of Rs 1.5 lakh.

At the time of building Sorted AI, the team felt that user adoption of the document management solutions was a challenge.

"We realised that people understand the importance of organising or managing their documents properly, but were still not using the product because of the high friction of scanning a doc using one app and then uploading to Sorted AI. That is when we learnt that we needed to make the product an organic part of the user's daily lives," Gaurav explains.

But it was Prime Minister Narendra Modi’s clarion call for being ‘vocal for local’ that led the team to tweak their plans.

“When our Prime Minister called for Aatmanirbhar Bharat and Vocal For Local, everyone was talking about building Indian apps and removing foreign apps.”

The Sorted AI makers found there was no decent Indian scanning app available on Play Store, and decided to build Kaagaz Scanner.

Since June 2020, Kaagaz Scanner has been installed on more than 23 lakh mobile phones and more than 100,000 people use it on a daily basis. The app also caught investors’ attention, and the company raised $575,000 in a funding round led by Pravega Ventures alongside Axilor Ventures, Better Capital, in November 2020. Other prominent angel investors, including Phanindra Sama, Founder of RedBus, and Farooq Adam, Founder of Fynd, also participated in the round.

Snehanshu Gandhi said: “Since the launch of Kaagaz Scanner on Android, we were continuously getting requests for an iOS version as well. With the iOS launch and upcoming cloud storage, we plan to reach over 10 million users in the next few months and become their go-to app for not just scanning, but all document management requirements.”