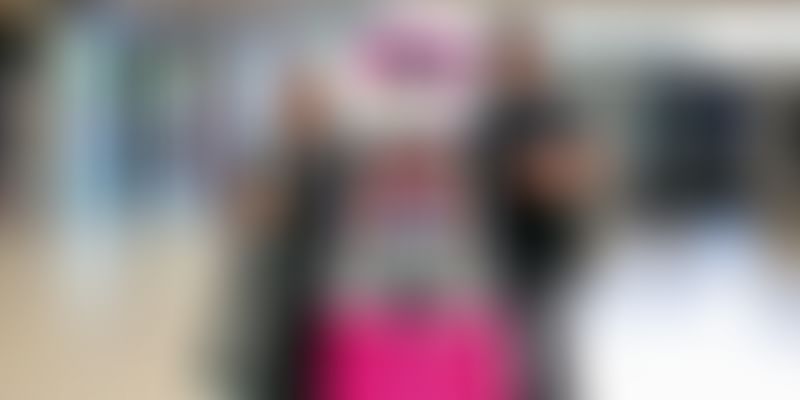 Robotics, drones, virtual reality (VR), Internet of Things (IoT), and artificial intelligence (AI) are all buzzy, thriving sectors in current times, but without hands-on experience they are tough, theoretical concepts.

It is a platform where children aged 7-17, as well as college students and graduates, can learn concepts practically in a fun-filled way and understand where they can be applied, says Pranavan S, who founded SP Robotics with Sneha Priya.

According to Pranavan, school students are being educated with theoretical knowledge, the emphasis being on rote learning as the competition increases every year.

“But rote learning is not supportive to a child’s academic growth,” he says. “The best way to teach a student is to help him or her gain interest in the subject.”

Firm grounding in STEM — science, technology, engineering, and mathematics — is key to grasping new-age concepts; it also indicates a country’s innovation in the sciences.

One way to gauge the progress in innovation is through patents granted and filed. In both, India has an unimpressive track record for 2010-2019, according to World Intellectual Property Organization data.

Edtech startups such as SP Robotics can play a role in strengthening early STEM education in India. At present, it has courses in technology and engineering and is planning to include science and maths soon.

Students can order the kits on the website, get them home delivered, and start learning on the AI-based online learning platform, which also offers one-on-one guidance from expert teachers.

Alternatively, they can learn these courses without teachers at any of the offline centres called SP Robotics Maker Lab. Started in 2016, these centres offer AI-based smart classes with access to all the infrastructure such as computers, internet connectivity, and kits. There are 75 such centres located in 30 cities including Chennai, Bengaluru, Hyderabad, Pune, Coimbatore, Visakhapatnam and Madurai.

The curriculum is developed with the help of child psychologists and specialised firms such as DJI (for drones) and Unity (VR) to make the content qualitative, interesting, and fun.

The courses measure students’ strengths and interests, and aim to improve their skills in logical thinking, creativity, and ability to solve problems, says Pranavan.

Co-founder Sneha says there were two “roadblocks” while building the business: teachers and infrastructure.

“The teacher is a very important link for a child to take interest in a subject,” she says. “If you ask any adult about their favorite subject, they will tell you the subject they loved was because of how their teachers taught them in a personalized manner.”

The founders say they addressed the twin challenges with an AI-based teaching platform that offers animation and real-world examples, and is backed up by one-on-one teacher interaction for queries during study, assessments, progress analysis, learning path planning, and certification, among others.

This apart, the AI-driven Maker Labs without teachers model solves the infrastructure problem and is cost-efficient for the startup as it helps cater to a wider customer segment, says Pranavan.

“This is pertinent given that 95 percent of Indian students do not own a personal computer and lack access to the internet,” says Pranavan.

Founders Sneha and Pranavan, graduates of Chennai’s Guindy College of Engineering, used to participate as a team in robotic challenges during their college days.

“We were known as the Robo Couple because we won many national and international challenges representing India,” says Sneha. “To be successful as a team, we designed and engineered electronic and mechanical parts, and created our own programming algorithms.”

Given their affinity for practical learning, they founded SP Robotics in 2012 to strengthen this aspect of STEM education among schoolchildren.

Being in the edtech sector, SP Robotics’ products and teaching models have some intersections with prominent startups such as BYJU’S, Vedantu, and Unacademy.

On the other hand, companies such as Tata ClassEdge and XSEED Education partner with schools to assess students and train teachers.

The move to integrate coding and STEM into the curriculum from Class XI under the National Education Policy 2020 is also an opportunity for edtech firms including SP Robotics that offer such courses.

According to SP Robotics’ founders, they started the venture with Rs 1.5 crore invested by them and their family.

In 2016, the startup raised Rs 2 crore in a seed round from the Indian Angel Network and The Chennai Angels, with which it began building the AI-based teaching platform.

The startup derives its revenue from two channels: kit-based courses bought online and the assisted online model as part of the Maker Labs.

This edtech startup brings physical classrooms online, plans to onboard 500,000 students in 2021

Under the second model, revenue is generated through enrolments. The startup also shares part of this revenue with its partners for the Maker Labs.

The startup clocked revenue of Rs 5 crore in 2020.

Pranavan says the target is to reach a million students in two years. Till now, more than 200,000 students have either bought a course online or enrolled at a Maker Lab, he adds.