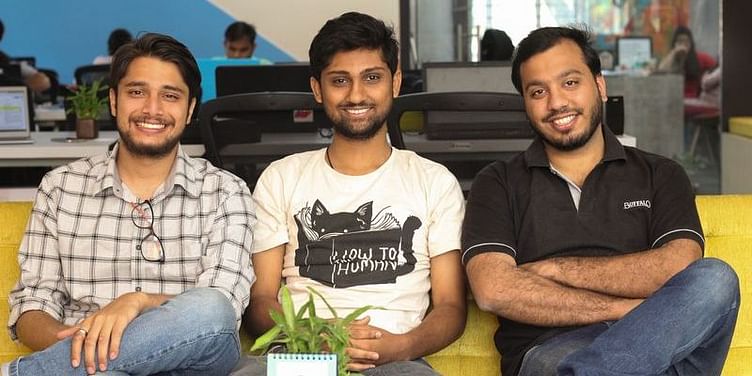 MyCaptain offers topic-based mentoring to high-school students, undergrads and working professionals. Here’s how the bootstrapped startup is making the most of the edtech boom post-COVID-19.

In India, being forced into conventional career choices — engineering, medical, law — has almost been a norm. And the same happened to Mohammed Zeeshan, Sameer Ramesh, Fatema Hussain, and Ruhan Naqash.

In 2013, the four students were in their sophomore year, when they decided to break out of their stifling curriculum to launch The Climber.

“Our passions lay elsewhere. We knew what we wanted to do but had no means to pursue it,” recalls Zeeshan.

They launched The Climber as a youth-run organisation to help students make informed career choices by participating in events, fests, workshops, and summits.

But to scale up an event-led model was always going to be a challenge.

So, in 2015, The Climber pivoted to a full-fledged online mentoring platform ﻿MyCaptain﻿, where students could take lessons from professionals on specialised topics of their interest.

“That was the area we saw maximum demand and also a potential to scale,” Zeeshan, Co-founder and CEO of MyCaptain, tells YourStory.

In 2016, MyCaptain was incubated at NSRCEL at IIM Bangalore, which ended in 2017. Since then, there’s been no looking back.

Bengaluru-based MyCaptain has created more than 6,00,000 hours of learning content. The courses are spread across 30-day live online classes that can be availed on its app or website. The MyCaptain app has crossed 10,000 installs on Google Play Store, and is rated 4.7 out of 5.

Each course typically has eight to 12 live classes, and about six to eight hours of recorded content. Besides that, there are tasks (topic-specific projects), workshops, and community features — internship and placement opportunities.

“We hold about 2,000 live classes in a year, and there are other learning formats students can choose from,” says the founder.

In four years, the startup has mentored over 100,000 students from metros to small towns. It has roped in nearly 200 mentors, including leaders from NASA, Tesla, Microsoft, Google, Apple, and other giant corporations. Mentors, known as ‘captains’, also include celebrities, published novelists, and entrepreneurs.

MyCaptain advocates the philosophy of ‘learn by doing’. It follows a learn-apply-build model, where the focus is on the outcome of learning.

“Can you use the skills to build something tangible? If you’ve taken the entrepreneurship course, we’ll help you have a pitch deck ready in 30 days and have it mailed to IIM-B,” explains the co-founder.

The platform also offers a bunch of advanced courses with 90-to-180-day timelines. MyCaptain has partnered with industry leaders like Zerodha (for the stock market and finance course), and NSRCEL at IIM-B (for the entrepreneurship course). It is also in talks with Konverge.ai to develop an Artificial Intelligence course.

“We’re a team of 200 people, but are constantly working with industry experts for curriculum development,” Zeeshan states.

The startup sees 12,000 new users on its platform every month. It sells about 35 courses per batch, and has a course completion rate of 40 percent. “That is one of the highest in the industry. Majority of our users are exploratory in nature. They take 5.4 courses on an average,” says the co-founder.

While it attracts students from all over the country, the scales are tilted in favour of small towns now. “In 2016, we had only people from Mumbai, Delhi, and other metros signing up. Now, about 60 percent to 70 percent of the audience comes from Tier-II and III locations,” Zeeshan reveals.

MyCaptain operates on a subscription-based model, where users pay either an all-access fee or a course-based one.

The all-access subscription is for a lifetime and is priced at Rs 5,000. Individual courses are priced between Rs 1,200 to Rs 3,000. Users can also avail a yearly community subscription for Rs 2,000, which gives them access to internship and placement opportunities in MyCaptain’s partner companies.

The bootstrapped startup claims to have closed 2019 with a topline of $1 million. Given the current boom in edtech, it is projecting an ARR of $3 million in 2020.

“We’ve been profitable since Day One. Sixty percent of users have subscriptions, which contribute 80 percent to our revenue. The rest are one-time users,” Zeeshan says.

Like most e-learning platforms, MyCaptain has witnessed a surge in new users amid the coronavirus lockdown. Sign-ups have increased across the board from high-school students to undergrads and working professionals.

“Between pre-COVID-19 and post-COVID-19, we have doubled enrollments. COVID-19 is edtech’s demonetisation.” Zeeshan reveals.

“Earlier, colleges and universities were opposed to online courses. But the situation flipped completely, and the demand has increased organically. There’s been a much higher acceptance of online education in universities. Some schools have also gone online. I think the B2B landscape is going to change drastically hereon.”

MyCaptain, which primarily focussed on the B2C segment until now, is bullish on the B2B segment. The founder reckons that the deals in the B2B space will close much faster in the aftermath of the pandemic, which has resulted in systemic changes in education across the globe.

BYJU's among world's top 10 education apps downloaded during the lockdown

“Earlier, it would take about a year-and-a-half to close a deal in the B2B space. Now, it will take about three to four months, and the space is evolving rapidly,” Zeeshan says.

The startup is also in “advanced talks” with a few investors to raise a Series A round before it embarks on its expansion. “Our next office will be in Chennai. We’re the market leaders in online education there, and will now focus on pulling users from Tier-II and III locations in Tamil Nadu,” he adds.

It operates in one of the fastest-growing and intensely competitive segments of the Indian internet economy. The edtech sector is estimated to reach $2 billion by 2021, according to a Google-KPMG report.

“Test prep and K-12 is a very competitive segment, yes. But I don’t see too much competition in our space because drop-offs are a big challenge. And marketplaces cannot solve that. Education needs a human element, and we have that,” he says.