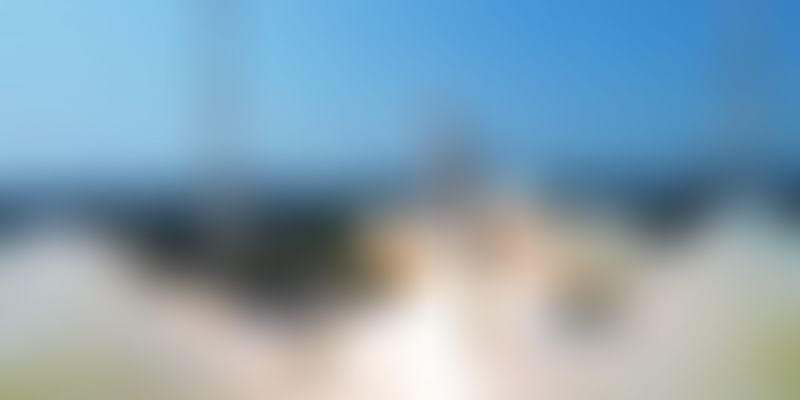 PM Narendra Modi congratulated Brazilian President Jair Bolsonaro on the successful launch of Amazonia-1, and said this is a historic moment in space cooperation between the two countries.

In the first dedicated mission of its commercial arm NSIL, the ISRO on Sunday successfully launched Brazil's earth observation satellite Amazonia-1 and 18 co-passengers, including five built by students, onboard a Polar rocket from the spaceport here.

The satellites were placed in precise orbits one after another after the Polar Satellite Launch Vehicle PSLV-C51 lifted off at 10.24 am from the Satish Dhawan Space Centre (SHAR), in the first mission this year for the Indian Space Research Organisation.

Prime Minister Narendra Modi congratulated ISRO on the success of the first dedicated commercial launch mission of PSLV-C51/Amazonia-1, saying it ushers in a new era of space reforms in the country.

Congratulations to NSIL and @isro on the success of the 1st dedicated commercial launch of PSLV-C51/Amazonia-1 Mission. This ushers in a new era of Space reforms in the country. 18 co-passengers included four small satellites that showcase dynamism and innovation of our youth. pic.twitter.com/BbWYGLsyvo

According to SKI, the picture of Modi has been engraved on the top panel of the spacecraft to show solidarity and gratitude for his Aatmanirbhar initiative and space sector reforms.

Of the five built by students, the SD-SAT is intended to study radiation levels among others, while UNITYsat, a three- in-one satellite by universities, is for providing radio relay service and SindhuNetra developed by Bengaluru-based PES University would be used for identifying suspicious ships through satellite imaging, officials said.

Amazonia-1, a fully Brazil built the satellite with a mission life of four years, is intended for providing remote sensing data to users for monitoring deforestation in the Amazon region and analysis of diversified agriculture across the Brazilian territory.

SKI said besides the picture of Modi, it was also sending 25,000 names on-board the SD-SAT.

"Congratulations to NSIL (NewSpace India Limited) and ISRO on the success of the 1st dedicated commercial launch of PSLV-C51/Amazonia-1 Mission. This ushers in a new era of space reforms in the country," Modi tweeted.

The prime minister also congratulated Brazilian president Jair Bolsonaro on the successful launch of Amazonia-1, and said this is a historic moment in space cooperation between the two countries.

Earlier, at the end of the 25.5-hour countdown, the four-stage 44.4-metre tall PSLV, a workhorse launch vehicle of ISRO in its 53rd mission, soared into clear a sky at the scheduled time of 10.24 am from the first launch pad here, over 100 km from Chennai.

"After a flight of about 17 minutes, the vehicle injected the Amazonia-1 into its intended orbit and in the succeeding 1 hour 38 minutes, all 18 co-passenger satellites successfully separated from the PSLV in a pre-determined sequence," the ISRO said.

Describing it as a special mission for the country, ISRO Chairman K Sivan said the agency guided the universities in building the satellites, adding it will enthuse industry and academic institutions to build their own satellites in future.

Sivan, also the secretary, Department of Space, said the mission was also special as the five satellites come under the new space reforms announced by the Union Government last year.

The Centre has decided to open up the space sector to private enterprises to carry out space activities like building rockets, satellites and providing launch services.

Sunday's mission was also the first dedicated launch by the New Space India Limited (NSIL), a PSU set up under the Department of Space in 2019, which undertook it under a commercial arrangement with Spaceflight Inc, a satellite rideshare and mission management provider based in Seattle, US.

The co-passenger satellites placed in the orbit are — four from ISROs Indian National Space Promotion and Authorisation Centre (IN-SPACe) and 14 from NSIL, including 13 from the USA.

Brazilian Minister of Science, Technology and Innovation Marcos Pontes, who witnessed the launch here, said this was the beginning of a stronger relationship between his country and India.

Appreciating ISRO for the successful launch, he said, India and Brazil would work together a lot.

"...I am talking here on behalf of the Brazilian government. We are going to work together and we are going to win together..", he said, speaking at the mission control centre here.

Sivan said: "Today is a very great day for the entire ISRO team and the PSLV-C51 is a special mission for India. Let me congratulate and compliment the team ISRO for achieving the precise injection of AMAZONIA-1 and 18 other satellites," he said.

"India and ISRO feel extremely proud and honoured to launch the first satellite designed, integrated and operated by Brazil. Hearty congratulations to the Brazilian team for this achievement," he said.

The 637-kg Amazonia-1 which became the first Brazilian satellite to be launched from India is an optical earth observation satellite of the National Institute for Space Research (INPE).

"The universities have done a very excellent job and ISRO has promoted and helped them to ensure that the satellites are built correctly and ensure that it is launched precisely into the orbit. I am sure that this mission will enthuse many people across the country to build their satellites," Sivan said.

Sunday's launch also marked the 78th mission from Sriharikota and with this, the number of foreign satellites launched by ISRO has risen to 342 from 34 countries.

In view of the COVID-19 pandemic, strict norms were in place at the launch centre and gathering of media personnel was not allowed while the public gallery remained closed.