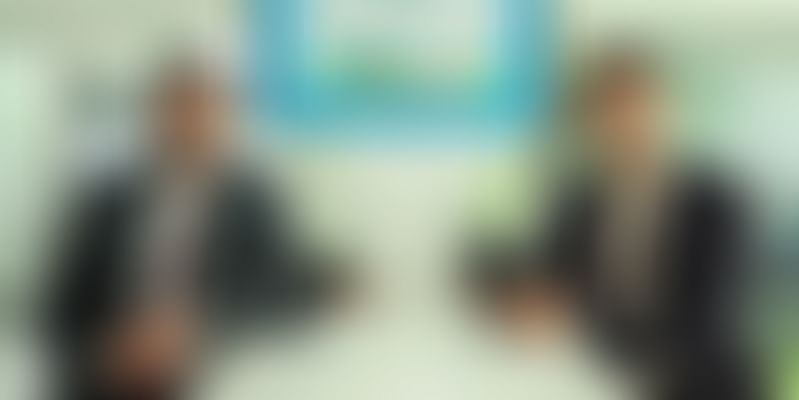 Indian SaaS-based agritech startup CropIn uses data, analytics, and AI to digitise tens of millions of acres of farmland in 52 countries. Its target market is the world and its 580 million farmers who feed 9.7 billion people.

In India’s much-talked-about startup ecosystem and its relatively new innovation-driven economy, if the late-2000s and early 2010s were about the rise of consumer internet and poster boys in ecommerce, foodtech, and mobility in India, and the mid-to-late 2010s, especially post-demonetisation, about fintech explosion, then surely this decade could be about the rise of tech-enabled agriculture.

Or so believe the two Jharkhand-born co-founders of Bengaluru-based CropIn, one of India’s oldest agritech (or agtech) startups.

When CropIn was founded in 2010 by first-time entrepreneurs Krishna Kumar, Kunal Prasad, and Chittaranjan Jena (who left the company in 2019), nobody in India — or even in the developed world — was using technology in agriculture.

Moreover, it was unheard of that someone could quit their cushy jobs in MNCs to get into the agriculture sector. But the CropIn founders did exactly that, soon building a robust SaaS-based farm management platform that has now scaled to 52 countries and counting.

Today, CropIn, like many other agritech startups such as Fasal, AgNext, Intello Labs, Tartan Sense, Aigroedge, FarmERP, SenseGrass, and Plantix, among others, is at the centre-stage of this sunrise sector, which is poised to be worth $22 billion by 2025 and see the birth of India’s first agtech unicorn.

Krishna explains, “Billions of dollars have been poured into consumer internet and fintech over the years. But the next decade belongs to agtech because you need food, and if you have to feed 9.7 billion people across the world by 2050, farm efficiency must increase by 35 percent to 75 percent.”

And, that can only happen if decades-old, orthodox and ill-efficient farming practices are disrupted with new-age technologies and data science — something that CropIn does only too well.

“We wanted to solve complex problems with tech, and build a company that could create a large impact. We looked at various sectors and chose agriculture because nobody was building technology for it even though farmers were taking their lives or throwing away their crops,” Krishna says.

“So, CropIn began more from an EQ than an IQ point of view because we wanted to transform lives at the bottom of the pyramid. We built the tech and offered it to agribusinesses that could improve the life of a farmer,” he says.

And, impact and improve it did.

Ten years since its inception, CropIn has digitised 13 million acres of farmland across six continents and touched over 4 million farmer lives. Almost 60 percent of its annual revenues today come from international markets.

In 2020, CropIn grew by 3X despite the COVID-19 pandemic and is on course to hit $100 million ARR in the next five years. “We are scaling 3X with existing clients in what is repeat business. The ARPU is doubling and gross margins are upward of 85 percent, and we’ve expanded to 58 countries with very little capital. Very few agtech companies have managed to reach this scale,” says the founder.

CropIn’s other product Acresquare is an app for agri-enterprises to connect to farmers, educate them, and share agriculture-related content.

At the outset, CropIn knew that to scale globally, it had to build a standardised, location-agnostic and crop-agnostic platform that can manage farm data, and improve decision-making for agribusinesses anywhere in the world.

CropIn started going global in 2016. There were not many B2B agtech platforms at the time. Hence, agri enterprises lapped up CropIn’s offerings and became advocates for the Bengaluru-based agritech startup on a global stage.

The founder shares, “We were in 13 countries even before raising capital. If your product is delivering value, you don’t have to wait for money. We knew we had to work with large enterprises and not SMEs because they can build a story and help you go global. Taking the enterprise route really helped us in scaling up fast. Now we are a global team and building feet on the street.”

Recently, CropIn also opened an office in Amsterdam and will be hiring local talent to drive growth in the European market.

This round takes CropIn’s total fundraise to about $35 million. Prior investors are Beenext, Ankur Capital, and Bill & Melinda Gates Foundation, among others.

The startup will utilise the fresh capital to further expand globally while continuing to scale up its machine-learning-based predictive analytics platform, which has processed over 160 million hectares of land area, and has the potential to impact 70 million farmers globally in three to five years.

CropIn founders believe that team building is critical in the startup journey.

Co-founder and COO Kunal states, “One of the biggest factors in our success is the team we have built. We are 180 people now, going to 250 in the next three to four months. We are trying to build a best-in-class agri solution, but we are also looking out for cutting edge talent in data science, product, and sales.”

Cropin has attracted talent from India’s top B-schools and engineering colleges, and from giant tech firms like Google, Microsoft, and Motorola.

“Before 2014, it was hard to make top talent buy into the vision of CropIn because they wouldn’t believe that something like agtech even exists,” Krishna reveals, “But now, we are flooded with resumés, and we’ve realised that good talent looks to create impact with their work that goes beyond the CTCs.”

“Cropin still has a lot of room to get more new talent,” he adds.

Learnings from the entrepreneurial journey

After a decade of building and growing a startup and taking it global, the founders have learnings that can aid any first-time entrepreneur.

Krishna recounts the time when he was hiring CropIn’s first employee. “When you hire the first person, you are the HR. You’re sitting in an empty room and telling people that this is [potentially] a billion-dollar company,” he says.

He goes on to add, “When you sell your product to the first customer, you learn sales. When you sell your vision to investors that you’ll be at $100 million ARR in five years, you learn finance. You learn so much on this phenomenal journey. I was a tech guy, but I transformed into a sales and customer experience guy — a journey that may not have been possible at GE [his past organisation].”

Co-founder Kunal weighs in with his learnings — ‘talk less, listen more’, especially if you operate in a 100-year-old industry like agriculture.

He elaborates, “It is a continuous learning journey. This industry talks problems. So if you listen in, it gives you an insight into what you have to solve and translate those problems into products and services.”

The other learning, Kunal says, is to sometimes go overboard with your customers and push for a product to make them see the business impact it can create. “All our smart agri and climate products got adopted that way,” he says.

But perhaps the real learning is in the age-old tip that all successful entrepreneurs swear by: believe in yourself. As Krishna aptly signs off by saying, “We (CropIn) have reached the boardrooms of the world. The rest — capital, people, media attention — will follow. You just need to believe in the story you are building. And not give up too early.”