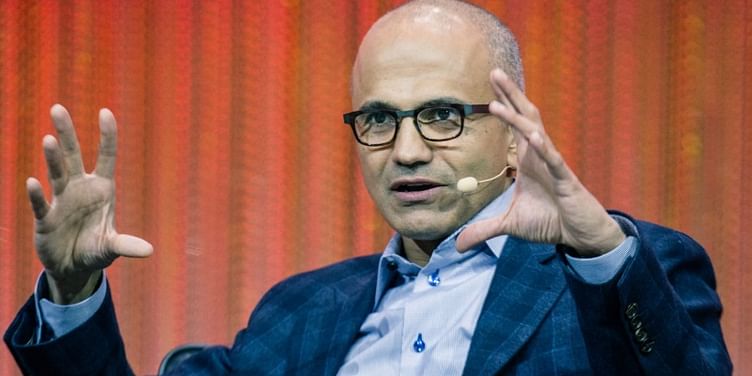 YourStory presents this daily roundup of the latest startup news and updates from the Indian startup ecosystem and beyond. Here's the roundup for Wednesday, February 24, 2021.

Describing privacy as a human right, Microsoft CEO Satya Nadella said he was hoping for a global regulation on the safety and privacy of data that would make sure that tech products and services are safe to use. In a virtual interactive session at BioAsia 2021, Nadella suggested companies should design and build products keeping in mind the privacy of the user, and that no lackadaisical attitude in this regard should be tolerated.

Kutuki, an early learning platform catering to three to seven-year-old children, on Wednesday announced it has raised Rs 16 crore ($2.2 million) in a seed round led by Omidyar Network India. According to the official statement, Kutuki will use the funds for expanding the content library to cover all major Indian languages, create a more immersive learning experience for children, and expand its reach, especially in Tier-II cities and beyond.

Bengaluru-based B2B retail tech firm Arzooo on Wednesday announced that it has raised $6 million from Trifecta Capital. According to a press statement, the startup will leverage the fresh funds for market expansion and scaling its logistics and operational capabilities.

SKF India on Wednesday announced a scholarship programme for over 100 underprivileged meritorious girls, who have scored over 80 percent marks in their SSC exams. The programme — first launched in 2017 — is open to girls from the Marathwada region in western Maharashtra and Chikkaballapur and Chamarajanagar region in Karnataka.

Bharti Airtel marked its entry into advertising business with the launch of 'Airtel Ads' to enable brands to pitch consent-based and privacy-safe campaigns to over 320 million customers across its various businesses like mobile, DTH, and homes. Airtel asserted that its customers would receive only the most-relevant brand offerings, and not unwanted spam.

﻿Tomorrow Capital﻿ earmarks Rs 200 Cr for startups, leads Rs 47 Cr funding in ﻿Leverage Edu﻿Tomorrow Capital said it is scouting for investment opportunities and has set aside Rs Rs 200 crore that will be deployed over the next 12 months. The Mumbai-based company said it has also led a Rs 47 crore Series A round in global education platform, Leverage EdTech Pvt Ltd, run by Leverage Edu.

﻿Argoid﻿, a Silicon Valley and Bengaluru-based artificial intelligence (AI) enterprise, has raised $1.7 million in a seed round led by YourNest Venture Capital, an early-stage fund focused on the deep tech and enterprise segments. The startup said the investment will enable it to further build on its technology to sustain the product leadership positioning and increase its customer base and satisfaction.

The Union Cabinet has approved the production-linked incentive (PLI) scheme for information technology (IT) hardware products such as personal computers, laptops, tablets, and servers, with incentives worth Rs 7,350 crore, which will be provided over four years for manufacturing of these products in India.

Investcorp is set to invest $10.36 million in Safari Industries, a luggage and bags brand. The transaction is now subject to shareholders and regulatory approvals. Safari Industries is India's third-largest and fastest-growing luggage brand, and has been present in the Indian market for over 40 years.

BlackSoil on Wednesday announced it has cumulatively disbursed Rs 2,000 crore plus of debt deals via its credit platform of NBFC and AIFs, signifying year-on-year growth of over 100 percent. So far, the venture debt platform claims to have disbursed 120 plus deals and exited 50 percent of them completely. BlackSoil currently manages an alternative credit platform comprising an RBI registered NBFC and three SEBI registered AIFs.