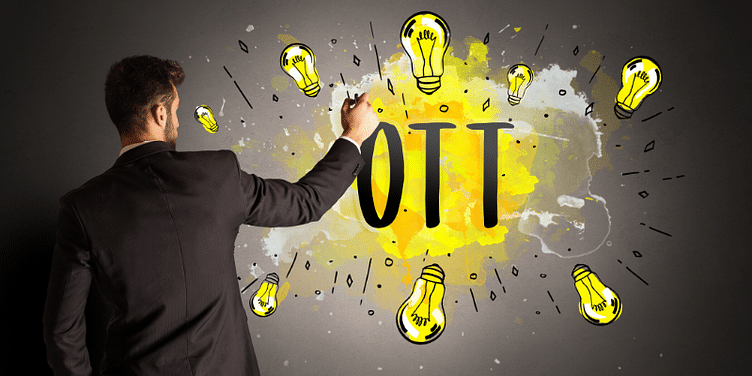 MyToonz is considered to be a first-of-its-kind exclusive kids' OTT platform launched by an Indian entertainment company.

The platform is considered to be a first-of-its-kind exclusive kids' OTT platform launched by an Indian entertainment company.

Toonz has tied up with several app stores, telecom firms, OTTs, and connected TV companies around the world to make MyToonz available for consumers across platforms, a company statement said here on Friday.

Toonz has also inked a deal with telecommunication giant ﻿Airtel﻿in India to integrate MyToonz on the telecom company's app store, said the statement.

The animation firm said it has also tied up with mobile tech services company U2opia Mobile to integrate MyToonz on various telecom platforms in Latin America, Africa, and Asia.

MyToonz originates from the need to create a safe and engaging entertainment destination for children and families in the digital landscape, said the company.

"MyToonz will be a space where the whole family can come together to enjoy world-class content," said Toonz Media Group CEO P Jayakumar. "We have envisaged MyToonz as the go-to destination for kids to watch safe, fun, and nutritious content, which will be available in multiple global languages."

All MyToonz programming is compliant with international safety standards for child viewing, he said.

"Kids are emerging as the fastest growing audiences in the OTT ecosystem; it only becomes imperative that we have content that is highly engaging, juxtaposed with safety and education on Airtel Xstream," said Sudipta Banerjee, Chief Product and Technology Officer of Wynk.

"We are excited to partner with Toonz Media Group to take their unique genre of universal animation content, My Toonz, to our global telecom partners," said Sumesh Menon, Co-founder and Managing Director of U2opia Mobile. "At U2opia Mobile, we aim to drive great value to our customers through bundling and other creative distribution opportunities."

Toonz Media Network, the digital division of the Toonz Media Group, has a formidable digital presence with a bouquet of 18 YouTube channels, more than 15 million subscribers, and over 350 million viewership a month on YouTube, the company's statement said.

The division is also live on multiple VoD sites, as well as the platforms of various smart TVs and telecom companies.

With MyToonz, the company seeks to take its impressive catalogue of premium content, including international co-productions with top studios and production houses, to children and families across the globe.

The MyToonz library has more than 1,500 half hours of content, with new content being added every week.

The library includes movies and episodic content in different genres.

Besides English, there are dedicated playlists in Hindi, Spanish, and Russian.