To grow your startup, prioritise funding over valuation 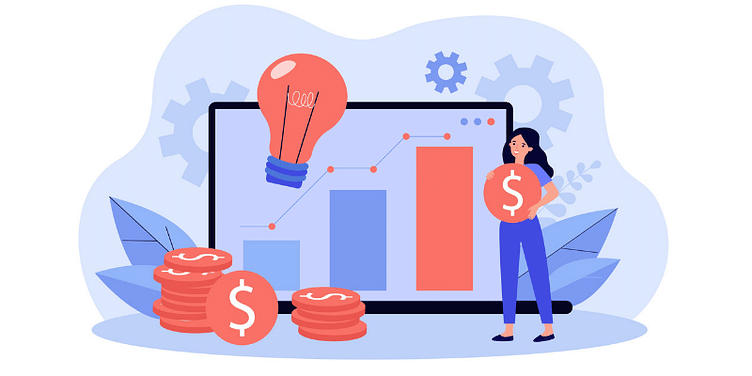 When you need funds to grow your startup, don’t worry too much about valuation. Take the money and use it to build your business; valuation will come.

This is the story of twin sisters Seeta and Geeta. And no, this is not another Hema Malini movie. It’s a true story. If you don’t believe me, I’ll put you in touch with the young women. Anyway, continuing with our story, they had launched similar startups Beautynature and Lovelynature, respectively. Both were marketplaces for natural, organic, and ayurvedic beauty products. The two companies were launched around the same time, but in different cities — one in Indore, the other in Bhopal.

Both startups had a fairly similar beginning. Post their launch they were able to get some traction — after all, beauty is big business and in today’s world, no one wants to put chemicals on the skin. Or worse, swallow these chemicals. Friends and relatives of the founders visited the sites, liked the products, and started buying them. Of course word of mouth grew.

Now, I’m sure you are aware that startups need to scale. In other words, they need to grow rapidly, especially if they have no entry barrier. Because if they don’t, someone else comes along, scales rapidly, eats into their customer base, and ultimately kills them.

Now you must remember both these companies were B2C (business to consumer). To scale up, B2C companies need to spend heavily on marketing, whether through ﻿Facebook﻿, ﻿Amazon﻿, or ﻿Google﻿ad words. But here the founders faced a problem. Neither of them had the money to spend on marketing. Therefore, they had no choice but to raise funds.

Continuing the series of coincidences, each of them decided to raise Rs 1.5 crore. And both of them pitched to the same angel network. Of course, you must have guessed by now that both of them were asked to pitch their startups to the angels on the same day.

The angels around the table liked both the presentations. The two founders were passionate and knowledgeable about their businesses. In keeping with the parallel stories of the two startups, the angels decided to invest in both. After all, they wanted to hedge their bets. If one collapsed, hopefully the other one would get them the returns they wanted.

The only issue was valuation. “Not enough traction,” “We need to see a lot more revenues”, “Are these customers sticky?” were some of the statements made by the investors. Anyway, they did decide to invest, but only at a pre-funding valuation of Rs 3 crore.

As you can imagine, both founders were aghast: Rs 3 crore? What a pittance! Still, they decided to meet in the evening for a chat to figure out what to do. Now, this is where the story takes a twist.

How Much Equity Should You Dilute?

For the first time, the twins decided on completely different approaches to running their respective businesses. Seeta realised that a marketplace of the kind she was running would not have a significant entry barrier. After all, anyone could start something similar.

The only way she could build such a barrier was by scaling up rapidly and building a brand. But for this, she desperately needed funds. The problem was the valuation. If she were to raise Rs 1.5 crore at a valuation of Rs 3 crore, that would mean a dilution of 33 percent of equity. That would be a disaster: too much dilution, with future investors unlikely to invest. No, that would definitely not do.

But Seeta needed the money. Being a quick decision-maker, she sought to raise the money at the valuation the angels were offering. But not the entire Rs 1.5 crore — she only raised half that amount, or Rs 75 lakh. This meant she was diluting 20 percent of her equity, not 33 percent.

Geeta, on the other hand, was not convinced. “No, the valuation is too low. I’ll continue to bootstrap. Maybe I’ll grow a bit slower, but I refuse to take money at this miserable valuation.” And so the twins said bye to each other and went their separate ways for once.

But wait. That’s not the end of the story. Cut to a year later. Seeta was able to use the money to scale up the business. The market liked her offering and she grew quite dramatically. Within a year, she was back with the same bunch of investors, seeking more funds to grow further.

Of course, you can guess what the investors said. They were delighted with the company’s growth and this time they agreed to put in more funds at a valuation of — hold your breath – Rs 12 crore.

Seeta was delighted. She happily accepted the money and continued to grow. In fact, she now expanded beyond Madhya Pradesh into neighbouring Uttar Pradesh and Rajasthan. Her brand was definitely getting built. When I last met her, Seeta was an extremely satisfied young woman running a rapidly growing business.

But what about Geeta? Well, without funds she plodded along, unable to spend on marketing and, therefore, unable to get too much traction. In fact, at a particular stage she realised she was beginning to stagnate. Frustrated, she had to shut down the business.

That’s a lesson for you, my friend. If you do not have any significant entry barrier, you have no choice but to grow rapidly and build your brand. For this, you will need large marketing spends and, therefore, funding, especially if you are in a B2C business.

If that is the case, please take the money — even if you don’t like the valuation. You could even take less money than you had planned to. But do take it. Use it to grow your business. Once that happens, valuations will auto-correct and you can raise more money later at a significantly higher valuation.

So that’s the lesson for today. But before I end, I have a request. Geeta is looking for a job. She’s a hard-working person, so if you have an opportunity where she can fit in, do let me know. I’ll put her in touch with you.