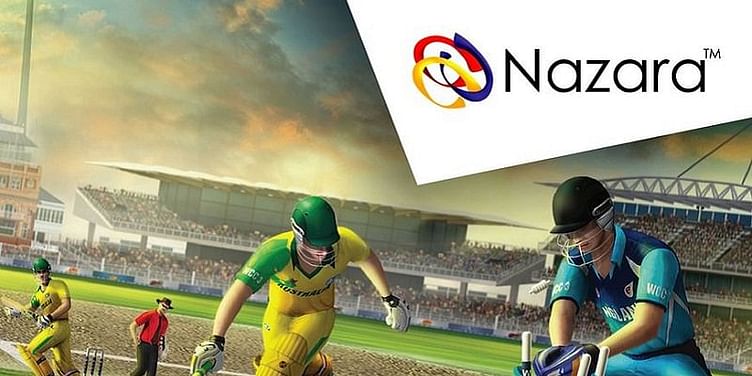 Gaming and sports media platform Nazara technologies marked its debut on the Indian public markets NSE and BSE with a bumper opening. The company shares were listed at 81 percent premium over the issue price.

With this listing, Nazara Technologies' key investor, Rakesh Jhunjhunwala's 10.82% stakeholding is worth Rs 656 crore at listing. He had invested Rs 180 crore in the gaming firm in 2008. Many brokerage firms have advised subscribing to the IPO both for listing gains and from a long term perspective.

"As we take our first step as a listed company today, we are fully aware of the increased scrutiny and the expectation burden which comes along on account of being the first gaming company to be listed in Indian stock exchange. We have always tried to keep things simple instead of getting overwhelmed with external feedback and scrutiny, and we wish to follow the same by keeping our head down and focus on delivering profitable business growth," said Manish Agarwal, CEO and co-founder, Nazara Technologies, in a LinkedIn post.

The tech startup has seen a lot of interest from investors in the grey markets, with shares supposedly trading at Rs 1,060 per piece, thanks to its strong balance sheet after it posted a profit of Rs 1 crore in 2018, and Rs 6.7 crore in 2019.

The company owns some of the most recognisable IP, including WCC and CarromClash in mobile games, Kiddopia in gamified early learning, Nodwin and Sportskeeda in eSports and eSports media, and Halaplay Technologies Private Limited (“Halaplay”) and Qunami in skill-based, fantasy and trivia games.

The company currently derives revenues mainly from subscription fees paid by its users for accessing gamified early learning content, as well as from its eSports business. These two segments cumulatively accounted for 71.03% and 41.73% of the company’s revenue from operations (as per Ind AS 108) for the six month period ended September 30, 2020, and Financial Year 2020, respectively.

As mentioned by Hema Securities in one of its analysis, Nazara Technologies enjoys the status of being the only company in India to have rights over IP and assets across grassroot, regional, national and international eSports. Also, Nazara has been the most aggressive investor in Indian gaming ecosystem, and has invested more than Rs 300 crores in the last five years.