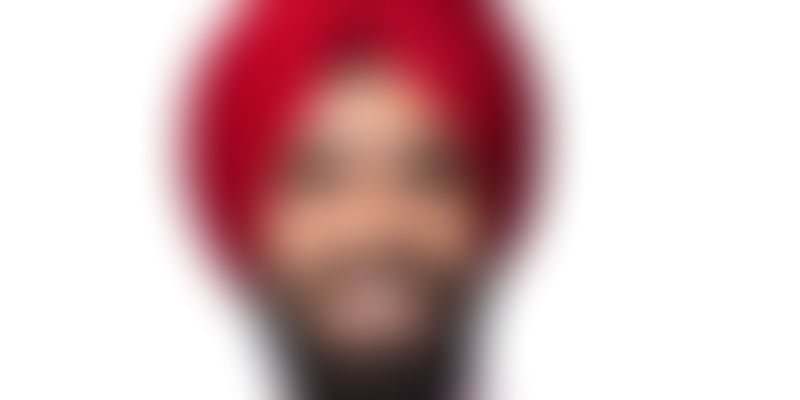 In this episode of the 100X Entrepreneur podcast, entrepreneur, author, and investor Harpreet Singh Grover highlights the need to talk to others when faced with challenges to gain fresh perspectives.

Harpreet Singh Grover co-founded CoCubes.com — a Delhi-based online platform for assessments and hiring — along with his batchmate Vibhore Goyal in 2007. However, during 2011-12, the founders hit their low point when their $5 million fundraising fell through.

“We were a team of about 120-130 people. We had a fancy office, but we had to let go of 66-70 percent of our team if we had to make it through. We had already taken on debt because we were raising money and had planned to return the debt. The debt came from people whose money was not supposed to be at risk,” he shares.

Probably, every entrepreneur has gone through lows in the initial days after starting up, Harpreet Singh Grover says.

The entrepreneur, author, and investor believes that in the face of challenges, one’s mind becomes a “closed room,” where one thinks of the same thoughts with no space for fresh ideas.

At this point, while founders do not wish to speak with others, but that is the best solution one can get.

Talk to others for fresh ideas during lows

For Harpreet and Vibhore, while things were falling apart at this point at CoCubes.com, the founders didn’t stop.

“We had a debt of about Rs 2.5 crore from people whose money was their life savings, and we couldn’t risk it. My parents, Vibhor’s parents, and Raghu Batta (then a Partner at Ojas Venture Partners) had given us Rs 1 crore by taking out his FD just because he believed in the company. Other folks, including Amanjeet Saluja, had also put in money. This was not supposed to be at risk, and this was unacceptable to Vibhor and me,” he shares.

At this juncture, their mentor TVG Krishnamurthy came to the co-founders’ rescue, who advised them to focus on protecting their innovation. Following this, the startup began charging its consumers for its services, which it was till then offering for free.

In 2016, CoCubes was acquired by human capital and management consulting company Aon Hewitt in an all-cash deal.

Focus on the only way

At present, Harpreet is an active angel investor and has placed his bets on 38 companies, including Chaayos, ShopKirana, and Avail Finance.

“My best angel investments were done when I had less money because I genuinely had to deploy it carefully. When you have only one option or way to go, all your focus goes there,” he adds.

In fact, Harpreet has authored a book titled “Let’s Build a Company,” along with Vibhore Goyal. The book primarily talks about the persistence and grit of a company built in India by two Indian founders.

The book was written with the hope to help aspiring entrepreneurs avoid the mistakes Harpreet and Vibhore made and learn from what they did right.

15:12: “At any point in your journey, if you’ve been in a tough spot, talk to someone who has been in that tough spot.”

29:12: Importance of having family time in an entrepreneur’s life

39:42: Being an entrepreneur: solving for simple problems