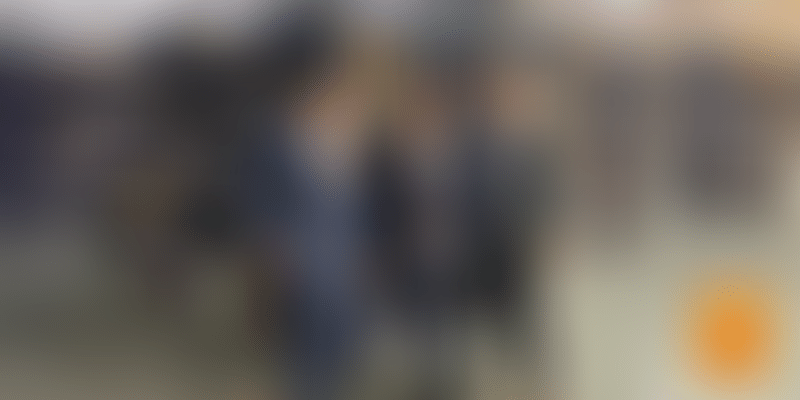 Fashion commerce startup Veirdo launched in 2016 to offer trendy and affordable clothing to young men. Five years and 300+ designs later, it is gunning to be a Rs 150-crore brand.

It’s a great time to be an online fashion brand in India.

Last year, about 130-135 million Indians shopped for fashion products online, up from 50 million in 2017, according to BCG’s Fashion Forward 2020 report.

The growth of fashion ecommerce in recent years has been driven by increasing smartphone penetration, better customer awareness, and improved online sales and distribution channels of brands.

As a result, online fashion is no longer a metro phenomenon today, and Tier II, III, and IV towns contribute over 50 percent to sales.

Online fashion is also the fastest-growing (CAGR of 32 percent) category in India’s apparel and lifestyle retail industry, according to a report by RedSeer.

All of the above macro-economic changes have contributed to the growth and success of Veirdo, an Ahmedabad-based fashion commerce startup.

Style statements: Here are some changes the fashion industry will see in the post-COVID era

Veirdo was founded by techies Dhaval Ahir, Amardeep Jadeja, and Piyush Ganatra in 2016, to offer trendy and affordable fashion to 16-to-45 year-old men.

By 2019, the bootstrapped startup expanded to launch a womenswear brand, Juneberry, to make the most of the rise in female fashion shoppers in India. This year, following pandemic-led growth, Veirdo is planning to get into kidswear too.

Dhaval Ahir, Co-founder and Purchase & Technology Head, Veirdo, tells YourStory, “When we launched, ecommerce was still an emerging market in India. But, we knew it was the future. We had no experience in fashion or retail, but we understood how online marketplaces like Amazon or Flipkart worked. We found a quality and affordability gap in youth fashion. That’s why we launched Veirdo by selling floral T-shirts for Rs 400-500.”

From one floral T-shirt to 300+ designs, 1,500 SKUs, and multiple apparel categories, Veirdo has come a long way. How did the startup get its name, though?

“It stands for the weird and quirky designs we offer,” the founder says.

Essentially, the startup was ‘aatmanirbhar’ even before it became a buzzword.

“We have always worked with local designers and workers. All the layering and cutting of garments is done using in-house machinery. With India being the largest producer of cotton in the world, the domestic market offers loads of opportunities. So, A to Z of our operations has been Made in India from Day 1.”

The platform also plans to offer bags and other lifestyle accessories soon.

Its products are sold on its own D2C website, which launched in 2020, and on ecommerce marketplaces like Amazon, Flipkart, Myntra, AJIO, Snapdeal, Limeroad, Udaan, and IndiaMart. Amazon accounts for over half of Veirdo’s present-day sales.

The startup has also set up a 25,000-square-feet central warehousing facility in Ahmedabad. All its functions, from sourcing fabric and manufacturing to demand forecasting and supply, are augmented with in-house technology.

Veirdo currently operates at a manufacturing capacity of 1.5 lakh garments per month, which are churned out by 50-odd contractual workers and 100 employees.

“Every six months, we ramp up our manufacturing capacity and expand the designer network to meet growing demand,” Dhaval reveals.

Meet Toral Singh, a woman entrepreneur putting the bling on clothes, paintings, and in the lives of women

Veirdo’s growth in the last five years mirrors the overall rise of India’s fashion ecommerce sector. By 2024, online sales are expected to account for 14 percent of India’s total fashion GMV of $133 billion, according to a RedSeer report.

The startup claims to have closed the last fiscal with a Rs 30-crore turnover, after achieving breakeven in 2018.

Following the lockdown-led disruptions last year, Veirdo went on to manufacture and “deliver” six lakh PPE kits and two lakh masks in a span of three months. “We managed to pay all the salaries with bonuses in those tough times,” Dhaval says.

From manufacturing 1,000 pieces of apparel a month, it now clocks over one lakh units. In five years, Veirdo has serviced over 2.5 million customers, 60 percent of whom place orders every two to three months.

It is also looking to raise its first round of external capital from strategic investors, who have “experience in fashion retail”. “We’re spending on marketing and brand building, and will look to engage macro and micro influencers too,” Dhaval adds.

Given apparel is the fastest-growing category of fashion commerce today, Veirdo might be embarking on rocketship growth very soon.