Meet Toral Singh, a woman entrepreneur putting the bling on clothes, paintings, and in the lives of women

Toral Singh, along with her co-founder Vivek Malik, is not just decorating fabrics but also the lives of the women in her workplace with her venture Studs and Stones.

Toral Singh (37) was working for a leading apparel brand building its media and marketing expertise, when she decided she had enough of working for someone else and it was time to start up on her own. Along with her college mate Vivek Malik, she embarked upon a unique stones and crystals venture called Studs and Stones.

Toral hails from Mumbai and met Vivek while studying fashion design at NIFT in Hyderabad. She graduated from NIFT in 2002, a year after Vivek passed out from the same institute. She later went on to pursue a diploma in Fashion Marketing and Communications from The London College. Vivek started Keviv Uros after graduating, which is now the Gurugram arm of Studs and Stones.

It was in 2014 that the two friends decided to come together and add more bling to their lives and work.

Studs and Stones began in the balcony of a one-room house. The first order was for Vivek’s neighbour who wanted a crystal studded dress for a wedding. They gave it a shot, and with it, the venture took off.

Toral and Vivek then started creating designs with stones and sticking them onto clothes using just a regular home iron. They say, delicate and detailed work on just one clothing would take two-three days.

“The returns were minimal but our patience never died. With each happy customer we would want to work more,” says the duo. They continued their efforts and bagged their first big order to fuse Swarovski stones onto a leading denim brand. Realising that the work required more equipment, they bought their first machine and automated the process.

They sourced their rhinestones and rhinestuds from China and Korea and used different software to create new designs and then heat press stones onto the fabric.

In the process, they created a rare product - crystal paintings that adorn the walls of corporate offices and hospitals in the country. These handcrafted paintings, which merge art and crystals on canvas, are one-of-a-kind, are never repeated, and come with a certificate of authenticity.

Crystals and studs are part of a very niche market, however, the competition in India is cut-throat with several players in the retail market and many home businesses.

With festivals and weddings being major affairs in the country, the clothing market is always looking for bling on fabric. The majority of the crystal world market is dominated by home businesses run by housewives in the bylanes of Delhi and Surat. However, a lot of them fail to deliver on quality and design value. Here is where Toral’s Studs and Stones decided to bridge the existing gap.

Creating a second home at the workplace

Toral says, “When I started out, I always dreamt of my workplace as my second home.” Today, she hopes to do the same for several other women through employment opportunities at Studs and Stones. Sixty percent of its workforce comprise women, with over 60 employees in their three offices in Gurugram, Surat, and Delhi.

“I understand the hardships women from the lower strata face and so we encourage locals especially women to join us and train them on the job. Some of them are housewives and some are girls who were unable to complete their education due to family problems. All the women get flexible timings and they earn on a daily basis, unlike garment factories where regular attendance is compulsory,” adds Toral.

Her aim is to create a workplace environment where women feel encouraged to come to work everyday. In creating a home away from home, she organises potluck lunches, outings, and all festivals and birthdays are celebrated in the office.

A B2B brand, Studs and Stones’ clients are mostly leading international and domestic fashion brands, apparel exporters, and fashion designers. Its products include rhine-stoned and rhine-studded clothes, fabrics, footwear, accessories such as bags, crockery, and their own creation, the crystal paintings. The products are retailed pan-India, and are made keeping in mind the design sensibility of every region.

Though the founders did not share exact revenue numbers, Toral says they have had an effective growth rate of 25 percent in the last five years.

The journey has just begun

Studs and Stones’ future plans include increasing clientele in the three existing centres, and expand its presence to five more cities in the next three years. It also plans to build an in-house product line, starting with crystal paintings and aims to retail it from every high-end luxury home decor store.

Speaking about her entrepreneurial journey, Toral says, “Steve Martin once said, "Be so good, they can't ignore you". Our mantra has always been that and will continue to be so. My journey has had its hardships, highs, and lows. Every business has the usual hiccups, but the thrill of overcoming them that and come out as a winner is unmatched. The way we look at it - the journey has just begun.” 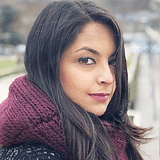 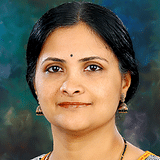 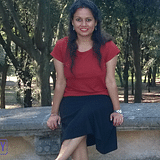 Bullied at her workplace and forced to quit, this woman entrepreneur decided to start up in the food sector 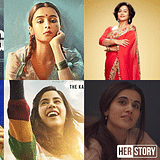 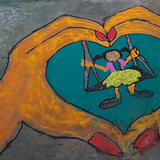 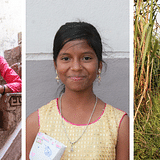 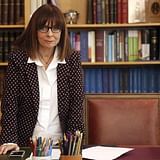 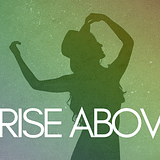