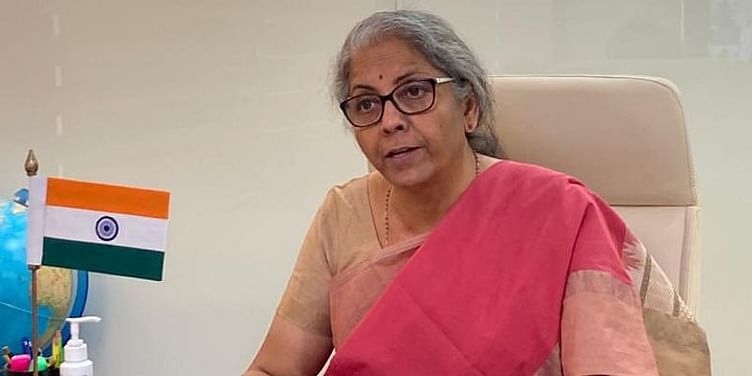 "If full exemption from GST is given, vaccine manufacturers would not be able to offset their input taxes and would pass them on to the end consumer/citizen by increasing the price," Sitharaman said in a series of tweets.

Finance Minister Nirmala Sitharaman on Sunday virtually ruled out exempting Covid vaccines, medicines, and oxygen concentrators from GST, saying such an exemption will make the lifesaving items costlier for consumers as manufacturers will not be able to offset the taxes paid on inputs.

Congress working president Sonia Gandhi had last month demanded that all life-saving drugs, equipment, and instruments required to treat Covid-19 patients must be exempted from GST.

"If full exemption from GST is given, vaccine manufacturers would not be able to offset their input taxes and would pass them on to the end consumer/citizen by increasing the price," Sitharaman said in a series of tweets.

"A 5 percent GST rate ensures that the manufacturer is able to utilise ITC and in case of overflow of ITC, claim refund. Hence exemption to the vaccine from GST would be counterproductive without benefiting the consumer."

The tweets, 16 of them in all, were in response to Banerjee's letter to Prime Minister Narendra Modi.

India is facing the world's worst outbreak of COVID-19 cases with more than 4 lakh new daily COVID-19 cases being reported over the weekend. More than 2.42 lakh people in India have died from the virus infection.

The public health system is buckling under the weight of surging infections and deaths with several parts of the country reporting a shortage of hospital beds, medical oxygen, medicines and vaccines.

To buttress her point on the levy of GST on imported goods, Sitharaman said the Centre and states equally split collections made from the levy of Integrated GST (IGST).

Further, 41 percent of the Central GST revenue is devolved to States. So out of a collection of Rs 100, as much as Rs 70.50 is the share of the states.

From the GST collected on vaccines, half is earned by the Centre and the other half by the States. Further, 41 percent of Centre's collections also get devolved to the States. So states end up receiving almost 70 percent of the total revenue collected from vaccines.

Mamata Banerjee, earlier in the day, wrote to Modi seeking exemption from GST and customs duty any donations of oxygen concentrators, cylinders, cryogenic storage tanks, and COVID-related drugs from organisations or agencies.

Sitharaman in her tweets mentioned that these items are already exempted from customs duty and health cess. Besides, Integrated GST (IGST) is also exempted on all COVID relief material imported by the Indian Red Cross for free distribution in the country.

Also IGST exemption has been given in case of goods imported free of cost for the free distribution in the country by any entity, state government, relief agency or autonomous body on the basis of a certificate issued by a state government.

"In order to augment the availability of these items, the government has also provided full exemption from basic customs duty and health cess to their commercial imports," Sitharaman said.

In a point by point reply to the Finance Minister's tweets, TMC MP Mahua Moitra demanded all vaccines to be added to the list of items that are exempt from the levy of IGST.

To Sitharaman's point of full exemption from customs duties, including IGST, being already available to all Covid relief material imported by Indian Red Cross for free distribution in the country, Moitra said, "Why does everything have to go through the Red Cross of India. Why only IGST. Why can't citizens and hospitals buy even domestic goods without GST."

Moitra said duties may have been wavied on Remdesivir injections, but Indians continue to pay Central-GST and State-GST on these lifesaving medicines. "These should be waived."

To the Finance Minister's point of states getting more than two-third of taxes collected, the TMC MP said the Centre does not have a good track record of giving states their dues.

She went on to say that vaccines and other items should be brought under zero percent levy to allow producers to offset taxes on inputs. "So if we're willing to 70.50 percent of the way - can't the centre manage 29.50 percent of the burden?" she asked FM.