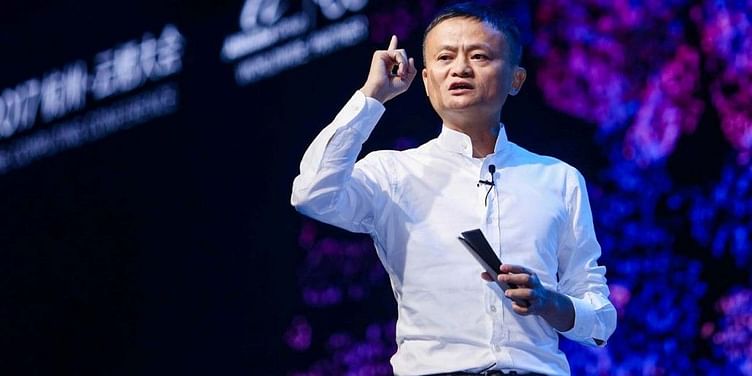 Keeping a low profile since last year, Jack Ma made a rare public appearance on Monday celebrating Alibaba's "Ali Day"- an event for staff and family members- in the Hangzhou campus, according to company sources.

China's most iconic and outspoken business tycoon, Jack Ma, made a rare public appearance on Monday celebrating Alibaba's "Ali Day"- an event for staff and family members- in the Hangzhou campus, according to company sources.

On Monday, Ma was seen in an open-air campus shuttle bus with a number of Alibaba executives, according to a photograph taken by an employee at the event, viewed by Reuters. Wearing a blue T-shirt, white trousers and a pair of Chinese-style cloth shoes, Ma was smiling. "It's so exciting to see Jack," said the employee, declining to be named.

"It's a pity there was no chance to take a photo with him."

Jack made another appearance in January this year wherein he addressed teachers in a live stream during an event he hosts annually to commemorate rural educators.

Jack Ma rose to the ranks of a powerful businessman in the Chinese business ecosystem. Several media reports have time and again suggested that Ma's friction with the Chinese regulators had been brewing for quite sometime.

The billionaire has kept an extremely low-profile ever since the much-hyped initial public offering of the Ant Group, which was touted to garner $35 billion, was called off, a move attributed to the tycoon's conflict with Chinese government authorities.

In October last year, Ma criticised the country's 'pawnshop' financial regulators and state-owned banks in an incendiary speech in Shanghai. He called for reform of a system that 'stifled business innovation' and likened global banking regulations to an 'old people's club.'

The speech was viewed as an attack on the authority of the Communist Party, and was said to have especially upset Chinese President Xi Jinping, leading to a major clampdown on his business activities.

Jack Ma is founder of China's ecommerce behemoth- Alibaba. He stepped down as the company's chairman in September 2019 on his 55th birthday.