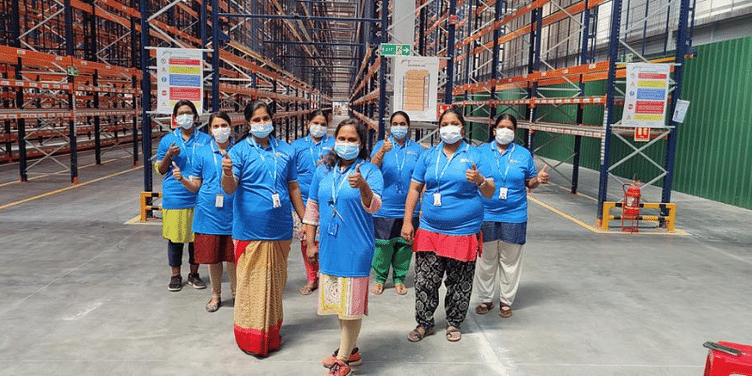 The Coimbatore fulfilment centre will enable Flipkart to provide online grocery delivery service to the city and nearby Tier-II locations.

﻿Flipkart﻿, the leading ecommerce marketplace in the country, has launched its grocery services in Coimbatore with the opening of its first fulfilment centre in the region. Spread over an area of 1.2 lakh square feet, it is expected to provide direct jobs to 1,200 people.

A statement from Flipkart said that in the initial stages, only a part of the facility will be utilised for which over 500 people will be hired. It will be the only facility for Flipkart, which will be almost entirely run by women who constitute 90 percent of the overall workforce.

According to Flipkart, to enable more women to join the workforce, Flipkart, under its initiative Vividhta, provides workplace policies that support women and their career progression. It has also set up a creche facility at the centre, and will offer transportation and meals to all its employees to enable them to work effectively.

This will be Flipkart’s second grocery facility in Tamil Nadu after Chennai, and ninth in the South.

Neeraj Mittal, Principal Secretary, IT, Government of Tamil Nadu said, “Flipkart’s newly opened facility in Coimbatore will drive economic growth for the local ecosystem while digitally upskilling the employees. The IT department will continue to provide support to emerging IT-based businesses and create conductive policies for their growth.”

According to Flipkart, several of its large warehouses across the country have their end-to-end operations for a particular shift entirely run by women.

“Grocery is among the fastest-growing categories within ecommerce, and as the country’s homegrown ecommerce marketplace, we are at the forefront of meeting customers’ essential requirements at their doorsteps in a safe and hygienic manner. Coimbatore, while being an economic centre, also offers a strategic location to serve nearby regions efficiently, and the opening of our first grocery warehouse in the city serves as a testament to that.”

Flipkart has eight fulfilment centres in Tamil Nadu, with a total area of 1.5 million square feet and nearly 150 delivery hubs. It has created direct employment for over 52,000 people in the state.

Smrithi Ravichandran, Vice President - Grocery, Flipkart, said, “As a homegrown ecommerce marketplace, Flipkart has played a pivotal role in bringing the convenience of online commerce to the doorstep of customers across the country with Tier-II towns taking the lead.”