[Funding alert] OfBusiness turns unicorn as valuation doubles to $1.5B in Softbank-led round 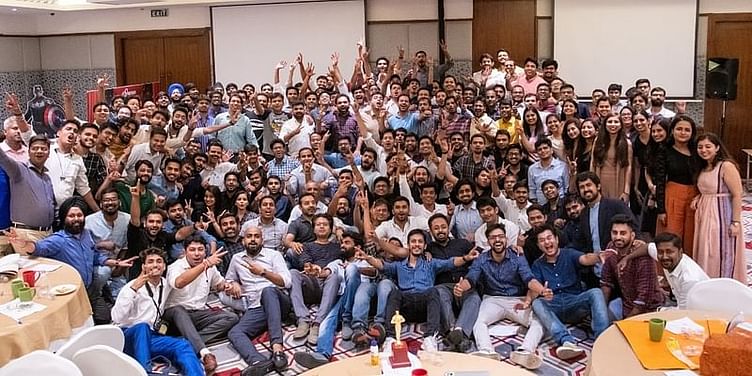 Gurugram-based B2B firm OfBusiness aims to be profitable, by crossing more than $1.1 billion revenue run rate in commerce by September 2021. The firm claims to be growing 4X year on year.

Gurugram-based B2B startup ﻿Ofbusiness﻿ has entered the unicorn club after raising a $160 million round led by SoftBank's Vision Fund 2. Existing investor Falcon Edge Capital and Matrix Partners also participated in the round, according to a release shared by the firm.

The funding was raised at a valuation of close to $1.5 billion, almost double its $800 million valuation in April this year. This makes it the 18th Indian startup to become a unicorn this year, following automobile marketplace Droom and online trucking platform BlackBuck.

OfBusiness aims to be profitable, by crossing more than $1.1 billion revenue run rate in commerce by September 2021. The firm claims to be growing at 4 times year on year.

“The 60 million+ SMEs in India are underserved by the existing offline supply and finance chain. OfBusiness has successfully built a full-stack solution enabling commerce and financing through a single marketplace which is digitizing the SMEs. We have been impressed by the team’s market leadership, growth and focus on profitability and eager to be part of OfBusiness,” said Sumer Juneja, Partner, SoftBank Investment Advisers.

“The time for disruption in B2B commerce in traditional sectors of the economy was long overdue and has arrived. To take on the challenges of scale and uniqueness of B2B, one must be armed with teams, knowledge, technology and an ability to solve for credit needs. OfBusiness has been striving to build all four across its three B2B businesses. We welcome SoftBank to the family, and we are sure we will gain significantly from their muscle across capital and international markets,” Asish Mohapatra, CEO and Co-Founder, OfBusiness, said.

Apart from operating in the B2B raw material supply chain, the startup also provides services in infrastructure and manufacturing areas such as food processing, engineering, heavy machinery, and capital goods.

OfBusiness also has a unit providing loans to small and medium enterprises called Oxyzo, among other services.

Excluding the current round, it had raised a total of $193.1 million, according to data platform Crunchbase, from backers Norwest Venture Partners, Innoven Capital, and Zodius Capital, among others.

The startup was founded in 2015 by Asish Mohapatra, who earlier worked with Matrix Partners India, former McKinsey & Company partner Ruchi Kalra, Bhuvan Gupta, who earlier was an executive at Snapdeal, and Nitin Jain, an IIT-Delhi graduate, among others.