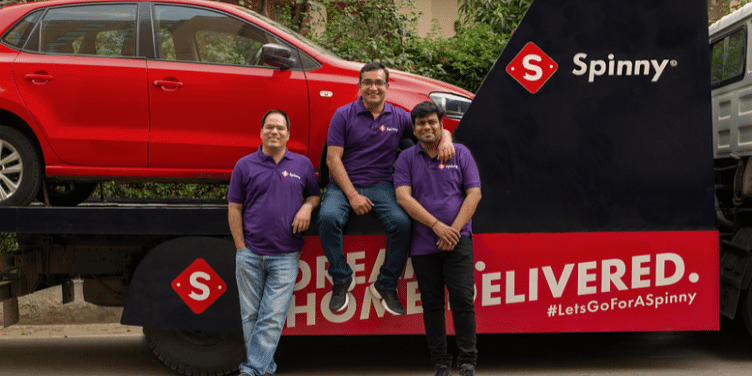 Spinny will use the fresh capital for growth related initiatives which include market expansion, technology development and hiring.

According to a statement from the company, the round saw a primary capital infusion of $105 million, and a secondary sale of $3 million by select angels and early-stage investors. Tiger Global and Avenir Growth invested $75 million and $20 million respectively in the round.

Following this funding round, Spinny has raised $230 million cumulatively. It had raised $65 million in April this year, which was led by General Catalyst.

The statement added that Spinny will deploy this capital for strengthening its technology and product capabilities, market penetration and hiring of talent. The company also aims to increase its geographic footprint in the country.

“Having a customer-first approach has been our differentiator, and we will continue to focus on improving our quality and experience control capabilities. We are delighted to have new partners on board our rocketship.”

Spinny was founded in 2015 by Niraj Singh, Mohit Gupta and Ramanshu Mahaur. It has 15 car hubs that operate across eight cities - Delhi-NCR, Bengaluru, Mumbai, Pune, Hyderabad, Chennai, Kolkata, and

The used or pre-owned car market in India saw a sale of 4.5 million in 2019, and the segment is growing at 12 CAGR. According to Spinny, for every new car sold, the ratio of used vehicle is 1.5, and only 18 percent of the market is organised.

Spinny operates on an Online-to-Offline (O2O) model, wherein discovery of cars happens online via Spinny’s website (www.spinny.com), and customers can either request a doorstep test drive and delivery or can schedule a visit to a Spinny car hub.

Spinny had acquired its rival Truebil late last year, and now operates it as an independent brand that focuses on providing affordable pre-owned vehicle options in lower-budget categories.