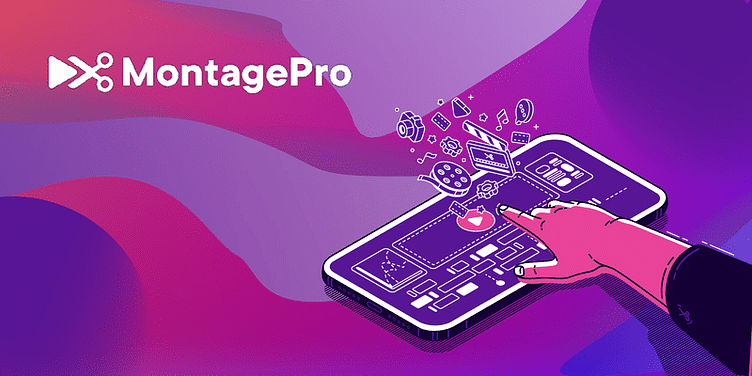 Mitron TV founders launched MontagePro in 176 countries last month. This is the TikTok rival’s first product beyond the short video creation space. Can it succeed?

TikTok was a rage in the country, with over 200 million active users. Hence, its absence meant that the market was ready to welcome a bevy of new, homegrown short-video apps that could serve as an alternative to TikTok.

As ‘Made in India’ became a buzzword, Bengaluru-based Mitron TV, which offered a TikTok-like video creation app to users, gained ground. In a year, it crossed 1 crore downloads on Google Play Store, and raised multiple rounds of funding going from pre-seed to Series A in a span of five months.

However, as the buzz around short video apps started fading, especially after the launch of Instagram Reels, several platforms began looking to diversify into other segments.

MontagePro is Mitron TV’s latest attempt at that.

The advanced video editing app, which launched in 175+ countries, has crossed 500,000 downloads on Google Play Store in two weeks. It is rated 4.5 out of 5.

Unlike most video editing apps, MontagePro has made its library of effects and filters free to use to democratise content creation.

Anish Khandelwal, Co-founder and CTO, Mitron TV, said, “Our aim as a UGC platform is to keep up with advanced technology and on-demand requirements. There are multiple video editing apps, but when a creator or editor edits a video, he has to pay for several features. We believe that a creator should be given unique opportunities to showcase their creativity. Hence, all the features of MontagePro come for free and it is a one-stop destination for all video editing needs.”

Key features of the app

You can choose from 300+ premium effects and filters to create video-based memes, lyrical videos, WhatsApp video statuses, and animated stickers on the app.

MontagePro lets you export videos without watermarks and at 60 FPS HD. You can share the videos across multiple platforms like Reels, Facebook, YouTube, TikTok, Triller, MX Takatak, Moj, Chingari, Mitron, Josh, Rizzle, and so on.

The app’s Voice Recorder feature lets you record and add your own voice to videos, and the Extract & Upload feature lets you use music from other videos. You can also upgrade to the premium version to access the entire international music library.

There’s a Picture-in-Picture (PiP) mode that allows you to add a picture and a video in a single frame. You can even merge video clips using transition effects to create cinematic videos, and convert them to 1:1, 3:4, 9:16, and 16:9 aspect ratios.

“Our primary goal has been to translate complex editing into simple and usable features that anyone can use. MontagePro was thus created to serve the entire creator ecosystem, from novice to advanced creators,” Rumit Anand, VP of Product, Mitron TV said.

Lastly, MontagePro offers an ad-free experience. Some of its basic features are available in offline mode too.

Verdict: Good but not best-in-class

MontagePro is designed to meet the smallest of needs of content creators — both advanced and budding ones.

As content creation becomes increasingly mobile-driven, users are always looking for quick, on-the-go tools that are easy to set up and convenient to use even without any formal training or experience in video production. MontagePro fits the bill.

Add to that, it’s a free and ad-free app, which appeals to millennials who look for video editing apps mainly for social media usage. It also offers adequate customisation, making it a nifty tool to have.

Not only does MontagePro require you to connect your Google accounts, but it also asks for too many permissions, including personal details, device type, system configuration, storage info, browsing history, ISP details, and so on.

You cannot start any project on the app until you allow these permissions. This might be off-putting for privacy-conscious users, and can impede user growth.

Additionally, the market is intensely cluttered with a plethora of video players and editors dominating downloads. The likes of InShot, YouCut, KineMaster, MV Master, Viva Video, Quik, and Adobe Premiere Rush have already gained popularity and also been featured on the Editor’s Choice section of Google Play Store.

Needless to say, MontagePro has its task cut out.