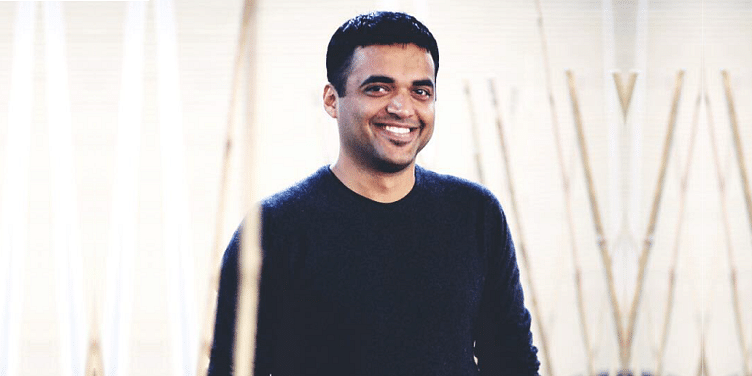 Earlier today, the startup announced that its shares will be priced between Rs 72-76 apiece, up from the expected Rs 70-72, which will help it raise Rs 9,375 crore. The subscription will open on July 14 and close on July 16.

Zomato is eyeing a post-issue valuation of Rs 64,365 crore, on a fully diluted basis, if its shares are priced at the higher-end of its Rs 72-76 range, the food delivery company said in a press briefing on Thursday.

The startup added it will launch online grocery services on its app soon, which it has been experimenting with for some time, especially following its investment in e-grocer Grofers.

"We're actively looking at the space, from an experimental point of view right now, and once we have conviction in the business model, we will look at it more," the company said on the virtual conference call.

Nutraceuticals is another business the startup said it has been exploring, and has, very recently, launched it on a pilot basis.

“We’ll look into the sustainability viability of this business going forward,” Zomato said. Since the COVID-19 pandemic began last year, nutraceuticals have gained a lot of traction, and demand has come from not just people passionate about fitness and nutrition, but also families looking to better their immunities.

The food delivery space, on the whole, has seen a major uptick in the number of orders and users due to the COVID-19 crisis, and Zomato has reaped profits from it too. It said its food delivery business has been positive since the last four quarters.

“Every part of the business, in every city, is growing —  and that is what is exciting for us,” Zomato said in the press conference.

One thing that food delivery startups have been struggling with over the last six months is a rise in direct ordering, where people contact the restaurants directly and place orders with them directly on their online portals. Zomato and Swiggy typically tack on extra charges on food items, and users, who recently trended the hashtag #orderdirect on social media, have said ordering directly from the restaurants' online portals is cheaper.

But Zomato says it does not see any threat from that to its business.

“We don’t see #orderdirect as a threat. It’s always existed and now it’s just being digitised, which is a good thing.”

The startup added it does not intend to launch any private-label brands either. “The idea has been that we don't want to compete with the restaurant industry.”

On moving to electric vehicles

Zomato said that while electric vehicles form only a small or negligible part of its fleet, it does intend to add more in the future.

A roadblock to switching over to EVs is the extra support infrastructure it would require —  and since Zomato’s delivery partners use their own vehicles presently, it could present challenges.

Nonetheless, the food delivery giant said it will encourage its delivery partners to switch over to more environmentally friendly modes of transport.

“We intend to grow that make sure that we reduce the impact that our business generates today on the environment.”

Earlier today, the startup announced that its shares would be priced between Rs 72-76 apiece, up from the expected Rs 70-72, which will help it raise Rs 9,375 crore.

The subscription will open on July 14 and close on July 16, the foodtech unicorn revealed in its red herring prospectus or RHP with the Bombay Stock Exchange. Almost Rs 9,000 crore of the expected raise will come from a fresh issuance, while existing shareholder Info Edge's offer-for-sale is expected to bring in the remaining Rs 375 crore.

Info Edge, a key shareholder in the company, recently slashed the OFS in ﻿Zomato﻿ by half — from Rs 750 crore to Rs 375 crore — indicating confidence in Zomato and expectations its IPO would perform well.

Other developments at Zomato

As per the filing, Zomato will acquire 9.3 percent stake in Grofers' subsidiary, Hands on Trade (HoT) Pvt Ltd, along with certain rights in the collective company — Target (which includes Grofers India, HoT, and Grofers International).

In February, Zomato had raised $250 million (over Rs 1,800 crore) in funding from Tiger Global, Kora, and others, valuing the online food ordering platform at $5.4 billion.