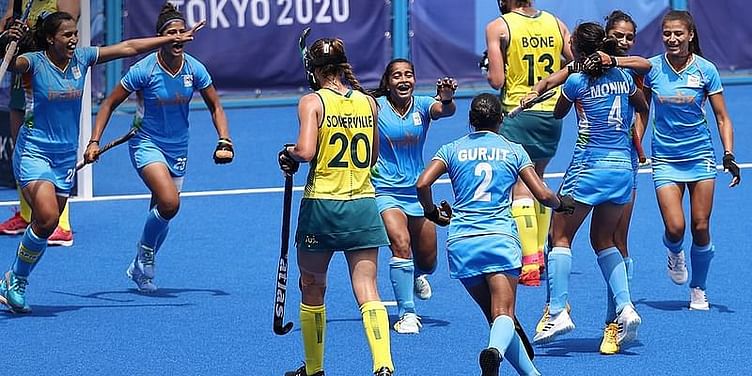 The Prime Minister remarked the performance of India at Tokyo Olympics reflects the towering self-confidence of the country.

Prime Minister Narendra Modi will invite India's Olympic contingent to the Red Fort as special guests on August 15 when he will deliver his eighth straight independence day speech. Official sources said Modi will also invite them to his residence for interaction.

India has been represented by a 228-strong contingent, including over 120 athletes, at the ongoing Tokyo Olympics.

Modi has been regularly offering words of encouragement to the team and has also spoken to many of them.

Elated by the performance of Indian players in the Tokyo Olympics, Prime Minister Narendra Modi on Tuesday said new India's towering self-confidence was getting reflected in each game as the conviction and confidence of the country's players are at their peak.

He was taking part in a Gujarat government's event of distributing free ration to the poor. The event, held in Dahod, was part of the nine-day long celebration of Chief Minister Vijay Rupani's five years in office.

Modi in his speech said, "Our players haven't just qualified, they are giving their best performance too. New India's towering self-confidence is reflecting in each game. Our Olympics players and teams are giving a tough fight to their competitors having better rankings. The conviction and confidence of Indian players are at their peak."

He said the Indian players are more confident because of the transparency in the system and the identification of right talent.

"This self-confidence comes naturally when the right talent is identified and promoted, when the system gets changed and transparency is brought in. This new self-confidence is now becoming the identity of new India and reaching every nook and corner of the country," the PM said.

In another achievement, PV Sindhu on Sunday became only the second Indian and the country's first woman to win two Olympic medals, securing a bronze after a straight-game win in the badminton women's singles third-place play-off.

Debutant Lovlina Borgohain (69kg) assured India of its first boxing medal at the ongoing Olympic Games when she enter the semifinals on Friday.