How this Pune-based startup is upcycling crop residue into packaging material, particle boards 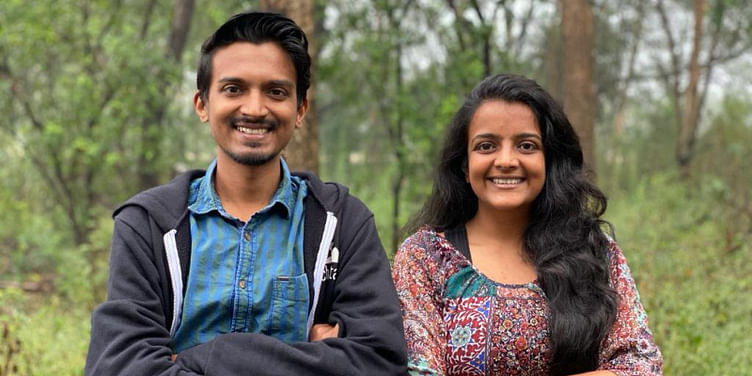 Founded in 2018 by sibling duo Shubham Singh and Himansha Singh, Pune-based Craste purchases crop residues from farmers and recycles them into packaging material and engineered boards.

Founded in 2018, ﻿Craste﻿ purchases crop residues from farmers and recycles them to make packaging materials and engineered boards for furniture. The startup is operated under the company name FUMA Labs Private Limited.

After completing an undergraduate degree in chemical engineering, Shubham was doing a corporate job but desired to walk down the entrepreneurial path. He went on to complete a postgraduate degree and also completed an entrepreneurship course from Imperial College, London.

“I was sitting in the Imperial College library one day and reading the newspaper that stated Delhi was one of the most polluted cities in the world and the problem of stubble burning. A part of my research at that time was already connected to biomass so I wondered if something could done with the crop waste instead of burning it down,” Shubham says.

Further research regarding crop residue and the burning problem revealed that machinery to clear the residue was expensive and manually clearing it was time consuming. This was why farmers resorted to burning down the stubble.

While working on this problem, Shubham also found out that India is one of the largest importers of timber. This led to a new thought, and he conceptualised recycling the crop waste to manufacture engineered boards that could be used to make furniture.

Craste purchases the agricultural waste from the farmers at Rs 6 per kg and recycles them to make packaging materials and engineered boards for furniture. The engineered particle boards are free of formaldehyde, a  strong-smelling, colourless gas used in pressed-wood products and that is harmful to human health.

Craste operates on the B2B model and sells its boards and packaging materials to businesses. It also works on research and development to create custom-made packaging solutions for its clients.

While the Venture Centre-incubated startup refused to disclose details about its clientele, it revealed that it was working with Anheuser-Busch (global and India teams), and Stanley Black & Decker for developing custom packaging solutions.

“We recently got another central government grant under RAFTAAR scheme where our partner is Punjab Agriculture Unit, Ludhiana, to set up a pilot unit. To date, we have received about $250K in grants,” he said.

According to a report by Mordor Intelligence, the Indian particle board market was valued at over $720 million in 2020 and is expected to grow at a CAGR of more than 11.5 percent from 2021 to 2026 period.

Notable players such as CenturyPly, Green Land Particle Board, and Archidply Industries Limited are among those working in the particle board market.

Speaking about future plans, the co-founder says the startup is looking to raise funding by the end of this year. He adds that a part of it will be used to set up an R&D centre to accelerate its research on products that can be made using agricultural wastes.

“Over the long run - in the next five years - we want to scale up our business using the franchise model. We will also be looking at global expansion as we have recorded interest from Africa, Europe, and US,” Shubham says.