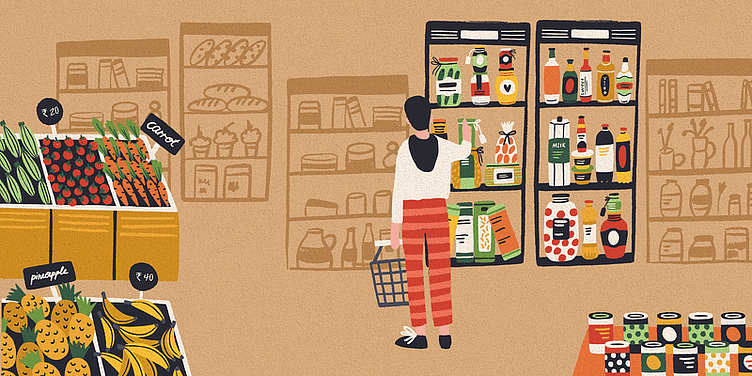 In FY20-21, the retail arm of Reliance Industries Ltd purchased goods worth Rs 157.54 crore from Future Consumer Ltd, accounting for 26.8 percent of the total sales of Rs 586.15 crore.

Reliance Retail has become the second-largest customer of the Kishore Biyani-led Future group's FMCG arm Future Consumer, contributing over one-fourth of the total sales of the company.

In FY2020-21, the retail arm of Reliance Industries Ltd purchased goods worth Rs 157.54 crore from Future Consumer Ltd (FCL), accounting for 26.8 percent of the total sales of Rs 586.15 crore, as per the latest annual report of the company.

FCL is among the 19 group companies of the Future Group, which would be merged with Future Enterprises and then would be transferred to Reliance Industries retail arm, Reliance Retail Ventures Ltd (RRVL), as per the Rs 24,713 crore deal announced on August 29, 2020.

The list of top customers, which individually contribute more than 10 percent of FCL's total revenue, mentions only two companies — FRL and Reliance Retail Ltd — which together contributed Rs 477.06 crore.

FCL's revenue from the sale of products in FY21 was Rs 586.15 crore, and both companies contributed around 81.3 percent of total sales.

Reliance Retail, which has come first in the list of top consumers, contributed 26.8 percent of the total sales.

"Apart from FRL and Reliance Retail Ltd, being the largest customer of the Group, the Group does not have significant credit risk exposure to any single counterparty," the annual report said.

The concentration of credit risk related to these two customers did not exceed 94 percent of gross trade receivables at the end of the reporting period, it said, adding, "No other single customer accounted for more than 10 percent of total trade receivable."

In August last year, the board of FCL had approved the amalgamation of FCL along with other group companies with Future Enterprises Limited to facilitate a Rs 24,713 crore deal to sell the retail and wholesale business to Reliance Retail.

The deal is contested by global ecommerce major Amazon, and an outcome in this is awaited from Singapore International Arbitration Centre (SIAC).

In August 2019, Amazon had agreed to purchase 49 percent of one of Future's unlisted firms, Future Coupons Ltd (which owns 7.3 percent equity in BSE-listed Future Retail Ltd through convertible warrants), with the right to buy into the flagship FRL after a period of three to 10 years.

Amazon had dragged Future into arbitration at SIAC, and in October, an interim award was passed by the EA in favour of the US ecommerce major that barred Future Retail from taking any step to dispose of or encumber its assets or issuing any securities to secure any funding from a restricted party.

"Both, FRL and Amazon, have filed suit/challenged each other's position relating to the Scheme/EA Order in various courts of India and the matter is sub-judice and currently pending with Indian Courts for disposal," it said.

Order of tribunal is awaited on Future Group's application.