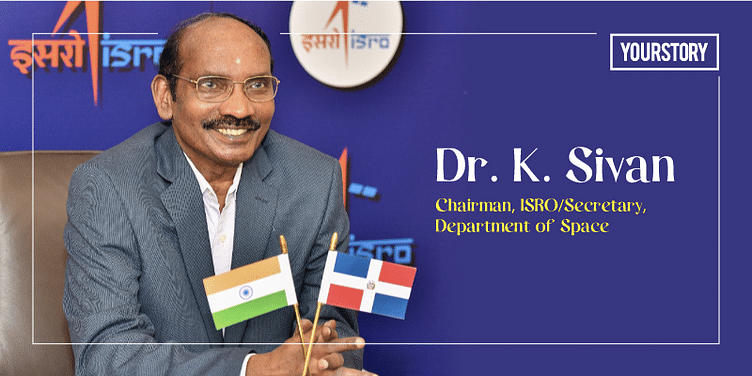 Speaking at the International Space Conference and Exhibition 2021, Dr K. Sivan, Chairman at ISRO, said that space FDI policy is under revision. It will open up foreign investment opportunities ensuring a sustained engagement between Indian and foreign companies.

Dr K. Sivan, Chairman at ISRO and Secretary of Department of Space, GOI, said that the space FDI (Foreign Direct Investment) policy in India is currently being revised and will open up opportunities for foreign companies to invest in the Indian space sector.

Addressing the audience virtually on Day 1 of the second edition of the International Space Conference and Exhibition on ‘Building NewSpace in India’, he added that this development will ensure sustained engagement between Indian and foreign companies which will benefit both parties.

He said that the Indian space sector has been seeing an increased interest from overseas companies for collaboration.

Dr Sivan highlighted that DoS considers spacetech startups to be its new age partners, the potential players who can contribute to the space economy.

“I am sure that when IN-SPACe is installed, we will be able to establish a link between ISRO and private sector companies, assessing how best we can utilise the Indian space resources and increase the space-based activities. We have already received requests from as many as 40 space companies so far and applications are being processed for further action. Interestingly, a major chunk of these applications are from startups including newly incorporated ones,” he says.

Last year, the government announced new reforms in the space sector to include the participation of private players in space-related activities.

The Union Cabinet had announced the formation of the Indian National Space Promotion and Authorisation Centre (IN-SPACe), an extension of ISRO, which is aimed at monitoring private players involved in space-related activities.

Dr K.Sivan, Chairman, @ISRO and Secretary, Department of Space, GOI, predicts that all space missions in near future will be conducted commercially, something which has already started in USA. #indiaspace #CIISpaceConf@FollowCII @ausgov @NLNetherlands pic.twitter.com/YG5nJ7EgUb

Dr Sivan believes that the Indian space sector has tremendous potential to tap into new and innovative technologies and become a global space leader with help from the government.

R Umamaheshwaran, Scientific Secretary at ISRO and in charge of IN-SPACe activities, said that the space reforms initiated by the Government of India last year will serve as the foundation for the great achievements to come in near future.

Meanwhile, Dr Pawan Goenka, Chairman Designate, IN-SPACe and Member, National Council, CII, said that he is looking forward to the emergence of space unicorns in the coming years.