How technology is slowly bridging the divide between fans and celebrities 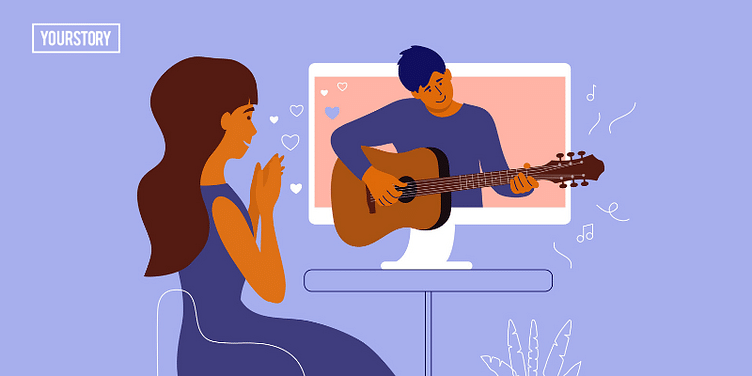 What if, instead of fans having to spend their time and effort trying to catch a glimpse of their celebs, these heroes were to be ‘home delivered’ right to their doorsteps? It’s becoming possible, thanks to technology.

A year ago, if you were a fan of an A-List Bollywood celebrity, getting a simple “Hi, how are you?” would have meant that you either spent hours waiting in a queue outside the celebrity’s home or set, or even stalked them as they left their favourite restaurant. And this was not unusual behaviour! India is a celebrity-loving country, and there are no lengths to which a fan wouldn’t go for an interaction with their idol.

There are over a billion people in India who are crazy about celebrities and hope to meet their idol at least once in their life. While social media acts like a tool for celebrities to engage with their fans, the actors receive hundreds of messages every day, making it impossible to reply to each and every one of them during their tight schedule. Even if celebrities go live on Instagram, a quick shout-out is not the best personalised interaction a fan can hope for.

The fact that meeting your favourite celebrity has been such a near-impossible task has traditionally made even a few moments with them priceless. Moreover, while TVs and theatres made these personalities seem almost like a part of one’s home, there remained a large distance between fans and celebrities in real life.

What if, then, instead of fans having to spend their time and effort trying to catch a glimpse of their celebs, these heroes were to be ‘home delivered’ right to their doorsteps? Better yet, what if it became easier to speak to the actors with just a few quick minutes spent on the phone?

The potential is endless

In India, these concepts are relatively still new.

Wouldn’t it be amazing if you could get Ranveer Singh to propose to your girlfriend on behalf of you? Obviously this sounds ridiculous and even crazy. But wasn’t the concept of getting food, goods, and services delivered 24x7 to your homes crazy 10 years back?

India is used to crazy changes. We are, after all, the largest country in the world to have welcomed relatively ‘new-age’ ideas in e-commerce, food delivery, and fintech into our daily lives.

We are on the cusp of a revolution in connecting fans and celebrities and I find that it is a great time to be building for this space.

The principal attributes that make for good business are all there: Fans are following and becoming closer to celebrities through social media.

Celebrities, on the other hand, are also becoming more and more open to engaging fans on social media and other platforms. When these two factors meet, billions of Indians across the country can reap the benefits, thanks to a simple change in a solution-finding approach.

Let’s draw a picture of how exactly things can develop in this space. When we spoke of the potential in fan-celebrity interactions 10 years ago, we would have ideally imagined helping, say, a young fan in a small town who woke up every day dreaming of meeting his/her dream celebrity.

Now, the question is not whether the fan could make his dream come true. Instead let’s imagine that your parents are not willing to exercise and you have tried everything you could and one day they get a personalised message from Kareena Kapoor Khan, saying, “Namaste Sharmaji, it’s better to be fit than not.”

Does that sound like fun? Trust me, it is. I had such a video sent to my parents!

The potential of building this space is unimaginably endless.

Democracy and technology: gateways to the future

With something as simple as an app that allows for fans to prove their love for their celebrities, they can now have their fervour and hope come alive in a few minutes.

This is true democracy for fans. But what of the holiest of holies in anything tech related: engagement?

Technology can bring simplicity, but what about that pricelessness that we spoke of earlier? We have found that keeping the competitiveness and the fire of mania burning in a fan’s heart while also making it easier for them to connect with their obsession is a fine line that we can now tread with a simple, yet far-reaching solution that involves gamification and gratification.

Gamification allows us to offer that element of suspense – a need to ‘prove’ how much of a true fan one is of an artist – in order to become eligible to receive a video message from them.

The games also, and more importantly, provide a ‘brag factor’ for fans that qualify after a simple quiz – it is not that they have just ‘procured’ a message from the celebrity, it is that they have beaten competition and won it.

Solutions like these, which are infinitely easier, cheaper, and accessible to fans, will radically change the way celebrity interactions had been in the past.