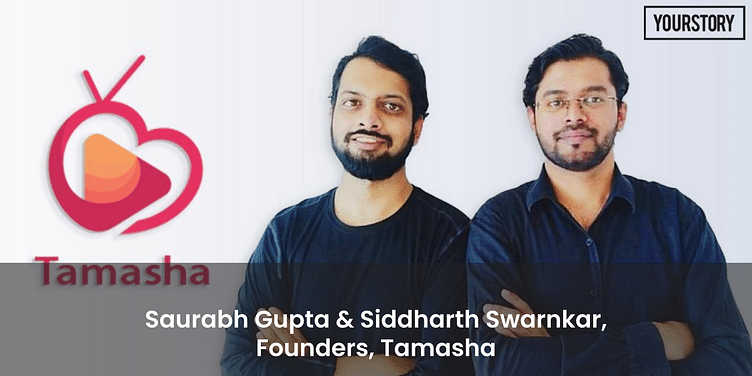 The fresh capital will be used to accelerate product development, expand game offerings, scale the creator ecosystem, and strengthen the team with high-quality talent.

Launched in April 2020, Tamasha is building the gaming metaverse, where creators can engage communities through live social games and instantly monetise their engagement. While game developers can utilise the creator ecosystem to develop and publish community-driven games for the masses. The platform was founded by IIT Bombay graduates Saurabh Gupta and Siddharth Swarnkar. It has grown 30x in the last six months, with more than two million gameplays on the platform.

“We humans always crave connection, community and engagement. At Tamasha, we are working towards building the future of social interactions, a virtual space where people can create meaningful relationships through live social games. We are deeply grateful to have such a stellar set of investors back us up on our mission.”

“At Tamasha we are building the Social 2.0 layer over games. Allowing communities to play, engage and generate value for everyone through elements like immersive audio, virtual gifting and giveaways.”

The new capital will be used to accelerate product development, expand game offerings, scale the creator ecosystem, and strengthen the team with high-quality talent. In addition, the platform aims to onboard a large network of vernacular content creators to create various gaming communities.

Karthik Prabhakar, Partner at Chiratae Ventures, who has led gaming investments (notable being PlaySimple, which recently was acquired by MTG) for the firm said,

“Tamasha is empowering creators with an ability to monetise their talent in engaging communities through games. Although there are nearly 100 million creators in India, most of them are streamers on social platforms. The broader creator economy in India is still very nascent and Tamasha is building a niche for a wide base of creators to unlock value while engaging communities.”