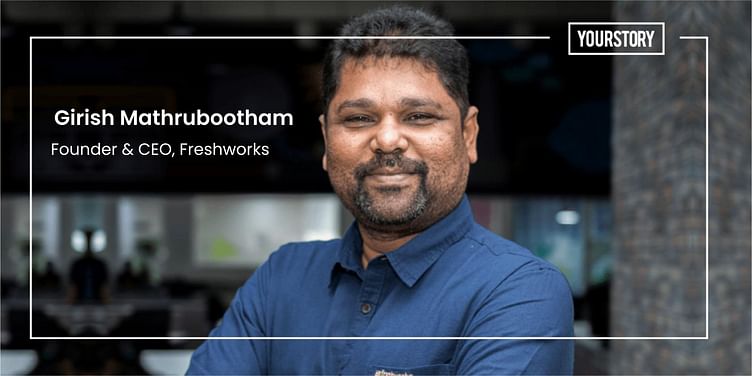 In a press conference, Girish Mathrubootham, Founder and CEO, Freshworks announced that it has seen a 46 percent growth this quarter.

“It has been seven weeks since our IPO. And it’s been an exciting ride since then,” said Girish Mathrubootham, Founder and CEO, ﻿Freshworks﻿, addressing the first press meet since the company listed on NASDAQ in early September.

He added that Freshworks has announced the opening of their offices since November 1st, 2021.

“As a company we are continuing to grow, we finished our first quarter at a 46 percent growth, we had revenues of $96.6 million, marking a 6 percent beat from the consensus that the analysts had,” said Girish addressing the press.

He added that Freshworks also displayed a strong net dollar retention of 117 percent, and a beat on their earnings.

“We now have more than 14,000 customers who pay us over $5000 dollars in annual recurring revenue. We have disclosed this as a key operating metric as a public company, and that number grew 31 percent, ” said Girish.

He added that the company had revenue and earnings coming in ahead of expectations. Freshworks also announced the guidance for Q4, expecting a revenue of $99 million to $100 million.

“We have focussed on putting our heads down and continuing the execution. From a customer standpoint, we added customers across a wide spectrum of industries, right from Fortune500 companies like Philips and Toyota to educational institutions like the University of Aberdeen. We had the Smashburger restaurant chain, headquartered in Denver, and a global fashion retailer from Amsterdam,” said Girish.

A few days back, Freshworks had stated it would offer 13.55 million shares of Class A common stock, at par value of $0.00001 per share to some of its stock holders from time to time. These include - directors, executives, current and former employees, stock holders and contractors.