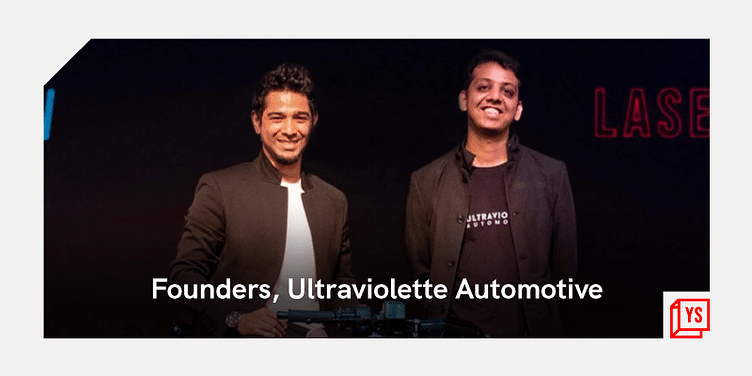 In the round led by TVS Motor Company, Zoho has invested $5 million and TVS has invested $9.9 million in Ultraviolette Automotive.

Bengaluru-based electric two-wheeler startup ﻿Ultraviolette Automotive Pvt Ltd﻿ has reportedly raised $14.85 million or Rs 112.5 crore from TVS Motor and Zoho Corporation in a Series C round, according to an MCA filing dated December 8, 2021.

TVS Motor Company led the round, infusing $9.9 million (Rs 75 crore) in Ultraviolette Automotive. Zoho has invested $5 million (Rs 37.5 crore) for a 2.46 percent stake in the venture.

‘’Innovation, design, and performance are critical elements for triggering a revolution, and I believe that Ultraviolette personifies these elements to deliver an exhilarating mobility experience. This investment from TVS Motor Company and ZOHO Corp. is a validation of our endeavour to redefine the future of mobility,” said Narayan Subramaniam, Founder and CEO, Ultraviolette Automotive.

Founded in 2015, Ultraviolette designs, develops and manufactures electric two-wheelers and their accessories.

The startup raised Rs 50 crore of capital in a Series B round in October last year from TVS Motor and GoFrugal.

The Chennai-based two-wheeler manufacturer held 29.48 percent stake in Ultraviolette as of FY2021.

"We are delighted that we chose to partner with them at an early stage, and I am confident that Ultraviolette’s EV line-up will see rapid adoption across the country and the world," said Sudarshan Venu, Joint Managing Director, ﻿TVS Motor Company﻿.

Ultraviolette: Not the next 'Avengers' movie, but a sporty bike and battery tech startup

Kumar Vembu, who is the director of Ultraviolette and leads GoFrugal, owns 13.91 percent stake at Ultraviolette. Its founders Subramaniam Narayan and Niraj Rajmohan own 18.77 percent and 16.04 percent, according to the valuation report dated September 30, 2021.

‘’What impressed me most about Ultraviolette is their approach towards building the EV experience in the country — one that is focused on high performance, disruptive design and technology, and superior user experience, all built and developed right here in India. This approach by Ultraviolette will position India to be a leader in the global EV ecosystem. I am thrilled to support Ultraviolette’s goal towards revolutionizing the mobility landscape globally, and I look forward to the launch of the F77 in the months ahead,” said Sridhar Vembu, Founder and CEO, Zoho Corporation.

The EV startup has released its flagship product, F77, which comes in three variants: Airstrike, Laser and Shadow. According to its website, its EV bike has a range of 130-150 km with three battery packs. It has already launched the prototype of electric motorbike and has plans to enter into the production of electric bikes by March 2022, according to the MCA filings

The startup has not reported any revenues from operations earned up until September 2021.