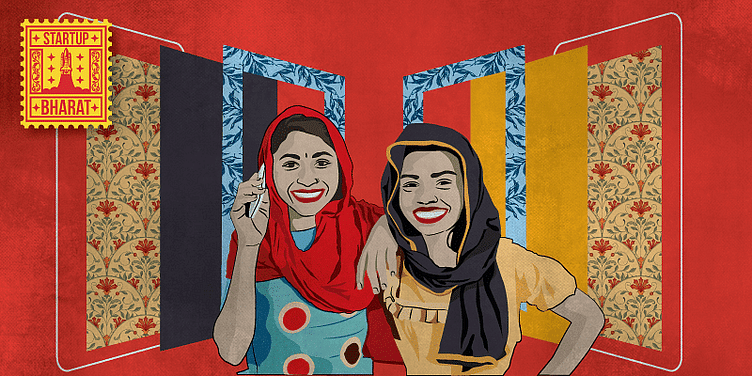 Entrepreneurship is fast becoming one of the most pursued choice of career in India. We bring you five startups from small-town India that are building solutions to solve for various sectors both locally and globally.

In the past few years, we have seen Indian startups and investors going beyond the metro cities. In fact, 2021 also saw the emergence of India’s first startup unicorn from a Tier-II city — ﻿CarDekho﻿ , which is based in Jaipur.

This year, we also saw Indian startups making a big splash globally. We bring you five startups from small towns across the country that are building innovative solutions.

In 2020, Jainul Abedin’s love for spacetech led him to launch Gorakhpur-based ﻿﻿Abyom SpaceTech and Defence﻿. The DPIIT-recognised startup is working to build reusable launch vehicles with an idea to make India’s space sector fully “reusable” and save the Earth from debris.

In an earlier conversation with YourStory, Jainul said that generally, rockets become ‘unusable’ after the launch.

He explained, “With reusable launch vehicles (RLV), the vehicles are expected to come back and make a landing on the Earth’s surface to be used later in other missions.” If rockets can come back to the surface, it will reduce the accumulation of rocket waste in space and also brings down the cost of a space mission.

Abyom is currently working on the research and development of its RLV. Jainul says the startup has now developed and tested the reference model of the thrust vector control (TVC)

Srinagar-based courier-and-parcel delivery startup ﻿FastBeetle﻿ launched in May 2019, less than three months before the state’s longest internet shutdown following the Indian government’s scrapping of Article 370. Internet and phone services remained cut off for nearly a year, until 2G was restored in May 2020. (High-speed 4G services resumed in February 2021, after 18 months.)

Even though FastBeetle was meant to be an app-based service for hyperlocal delivery of packages, it soon had to adapt to a phone-based system to avoid obliteration. When 2G services returned, co-founders Sheikh Samiullah and Abid Rashid optimised their mobile app so as to make it function over low-speed internet.

In essence, FastBeetle is not a run-of-the-mill logistics operator like ﻿DHL﻿, ﻿Delhivery﻿, ﻿Ecom Express﻿, ﻿Blue Dart﻿, and other pan-India players — all of which struggled in the aftermath of Article 370. By being niche, hyperlocal, and tailored to the unique needs of Kashmiris, it has been able to service a region disadvantaged historically, socially, politically, and geographically. There’s nothing that FastBeetle doesn’t pick and deliver door to door.

From food, grocery, and medicines to gifts, flowers, and official documents to items purchased online or from physical shops, and any other critical shipments and packages — the startup ferries everything inside Kashmir safely, quickly, and affordably.

Lucknow-based edtech startup ﻿NuShala﻿ is marrying hardware with software to digitise 4.25 lakh budget schools in Tier-II+ cities that use little or no technology. Started by Divyam Agrawal with Ratindra Nath Pande (ex-MakeMyTrip) in 2020, the startup aims to build the digital backbone for schools.

The platform combines a mobile app with an Android-based POS device (NuShala One) that enables schools to automate their fee collection, expenses, salaries, timetables, student attendance, notices, communication, and so on.

The IoT-led device is priced at Rs 19,999 (zero-interest EMIs), and can be used to generate fee receipts and other documents. It is a single-step replacement for desktops, printers, ERP systems and payment machines put together.

“We are targeting schools that are typically in the Rs 1,500 per month fee bracket. We know that their paying power is less but it is a mass-market where no such product exists today,” Divyam told YourStory in an earlier conversation.

Launched in 2018 by Biswajit Muduli, Bhubaneswar-based logistics startup ﻿Foliyoo﻿ is a transport aggregator that offers an online platform to book vehicles for shifting and moving-related concerns. The startup was built to cater to the transportation needs of both customers as well as truck drivers.

Foliyoo is currently incubated at KIIT-TBI and has also been incubated at AIC-Sikkim Manipal University Technology Business Incubation Foundation (AIC-SMUTBI). It is also selected by Startup Solution for COVID-19 supported by COVID-19 TASKFORCE.

The startup is planning to expand its services in other sectors like medicine and books delivery. In the long run, Foliyoo aims to bring more drivers on the platform and focus on the pan India market. The startup is also planning to focus on electric vehicles for green transportation.

The rising trend in deepfakes has raised concerns regarding the “destructive potential”, and the incidents have opened the global debate over fake posts and deepfakes, for which ﻿Kroop AI﻿, a Gandhinagar-based startup, has developed a solution.

Started in February 2021 by Jyoti Joshi, an AI scientist; and IIT alumni Milan Chaudhari, and Sarthak Gupta, Kroop AI is a deployable AI-enabled platform for businesses and individuals to identify deepfakes across audio, video, or image data. The platform is deep learning-based, which detects and analyses deepfakes in detail across different platforms and information mediums.

The six-month-old startup is in its pre-revenue stage, but is targeting the banking and finance sector, and is already working with an entertainment company in India.

“Deepfakes not only pose serious threats to individuals, but also endanger large corporations and businesses across different sectors,” Jyoti told YourStory in an earlier conversation.