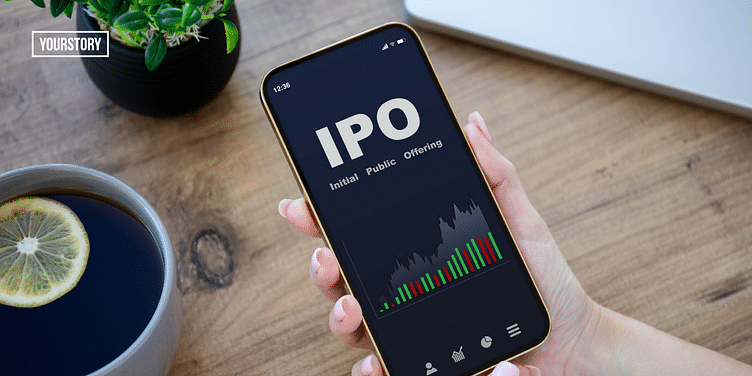 YourStory presents this daily roundup of the latest startup news and updates from the Indian startup ecosystem and beyond. Here's the roundup for Wednesday, November 10, 2021.

The shares of FSN E-Commerce Ventures, the parent company of ﻿Nykaa﻿ made its debut on the stock exchange with 80 percent gain on Wednesday.

The gains were made by Nykaa when the broader market was under pressure when the NSE Nifty 50 was down by over 100 points in opening trade.

Commenting on the fundraise, Co-founder and CEO, Revant Bhate, said, “We started with a vision to make wellness accessible and affordable for Indians and have been able to build a very purpose-driven team, keen to solve for this. As we have validated our initial thesis, we are thankful to all the stakeholders who have helped us get to this stage and continue to aspire to help more of us lead a healthier lifestyle in the coming decade”.

ilicon Valley-based baby-tech startup ﻿Cradlewise﻿ on Wednesday said it raised $7 million in a seed round led by venture capital firm Footwork, with participation from CRV and existing investors SOSV and Better Capital.

Other notable investors, including Katrina Lake (Founder of Stitch Fix), Jeremy Cai (CEO of Italic), and Dilip Goswani (CTO of Molekule), also participated in the round.

The startup will use the funds to accelerate its innovation and technology roadmap and grow its team in India, with hires in engineering, software, product, and customer success.

The Reserve Bank of India (RBI) has announced its first global hackathon 'HARBINGER 2021 Innovation for Transformation' with the theme 'smarter digital payments'.

Registration for the hackathon starts from November 15, the central bank said in a statement. The Hackathon, it said, invites participants to identify and develop solutions that have the potential to make digital payments accessible to the under-served, enhance the ease of payments and user experience, while strengthening the security of digital payments and promoting customer protection.

The funding also saw participation from marquee group of angel investors including Ashish Garg - Founder and CEO at Eltropy and Renil Komitla, CEO at Terralogic Software.

According to the official statement, the startup will use the funding to expand the team, and for product and business development.

The Viral Fever (TVF), a Mumbai-based video on demand and over-the-top streaming service, has raised $2 million in debt funding from venture debt firm BlackSoil. The company will be using the funds for its working capital requirements on the production of web series and other content for its clients that include both brands and OTT platforms.

BlackSoil had earlier provided venture debt to TVF in 2019 and is renewing their partnership in 2021.

Founded in 2010, TVF produces branded content for its own channels and OTT giants like Netflix, Amazon Prime, Sony, etc.

LMCE’s platform Xpand raises $1.5 M in pre-Series A round (Funding)

Xpand, a platform of Last Mile Channel Enhancement (LMCE) on Wednesday announced that it has raised $1.5 million in a pre-Series A round, at a valuation of approximately $ 10 million.

The company aims to use the funds to enhance the in-house tech capabilities and build a trained, tech-savvy, and efficient geo-local sales force.

The round was led by Akash Prakash (CEO, Amansa Capital) in his personal capacity along with other highly successful professionals and HNIs, including Madhu Jayakumar, Dipinder Sandhu, and Shagun Khandelwal.

Troo Good, a millet-based food maker, on Wednesday said it has raised Rs 55 crore in a Series A funding round from Indian consumer-focussed private equity fund ﻿OAKS Asset Management﻿.

The Hyderabad-based startup will use the funds to expand in other states across India. Troo Good is currently operational in Telangana and Andhra Pradesh, according to a statement.

Meesho in the list of top 10 app downloads globally

﻿Meesho﻿, the social commerce unicorn, has become the only Indian company to figure in the top 10 list of apps downloads worldwide in the non-game category for the month of October, as per data available from Sensor Tower.

According to a statement from Meesho, it also saw over 57 million downloads across the App Store and the Google Play Store from August to October 2021, as per App Annie making it the most downloaded app across all categories in India.