Upgrading hospitals: How this healthtech startup is preparing healthcare facilities for the post-pandemic world 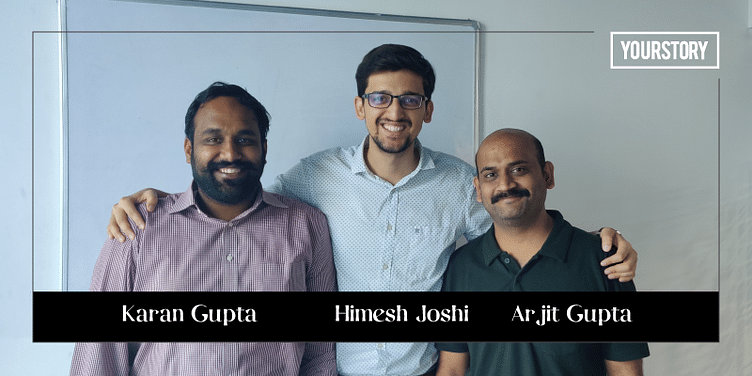 With 1,000-1,200 beds under its operations, Bengaluru-based healthtech startup Ayu Health is looking to grow 10x in the next two years.

The past year has focused the world’s attention on improving healthcare systems. With India seeing an acceleration of digital adoption across sectors, it has become ever more evident to streamline healthcare processes using technology.

According to the Future Health Index 2021 India report, at least 94 percent of Indian healthcare leaders would like their hospital or healthcare facility to focus on patient-centred healthcare enabled by smart technology, optimise operational efficiency, integrate diagnostics, and predict patient outcomes.

This is what led former co-founders of used-goods commerce portal Zefo – Himesh Joshi, Arjit Gupta, and Karan Gupta – to focus their attention on the healthcare sector after Zefo got acquired by Quickr for $30 million. With Karan hailing from a family of doctors, the trio researched the space for more than five months.

“Even though healthcare is such a huge sector, less than 4-5 percent of hospitals are branded and provide timely services. Their clinical staff is usually good but the technology around queue management, insurance procedures, and many other processes is outdated,” Himesh tells YourStory.

Sectors such as healthcare need over investment in India, say experts

“Since the start of the pandemic, people have been demanding more automation in healthcare. As a result, after the first physical appointment, reports are nowadays sent digitally, and more patients are now opting for digital consultations,” he adds.

To address these issues and build tools to solve these problems, they founded ﻿Ayu Health﻿, a Bengaluru-based health-enterprise startup.

Started operations in January 2020 in Chandigarh, Ayu Health partners with hospitals having between 70 and 150 beds along with a pre-existing health infrastructure.

“We typically look for hospitals that offer multi-speciality services, where they can serve patients with cancer treatments, have departments such as a cardiac centre and nephrology, among other departments, along with having an excellent clinical staff,” says Himesh, CEO and Co-founder, Ayu Health.

The startup works on an asset-light model where the day-to-day operations of the hospital are run by the staff, while Ayu Health provides quality supervision and offers technology upgrades. These upgrades include patient management tools, insurance claim procedures, and billing, among other services.

From Chandigarh to Bengaluru

After setting up operations in Chandigarh for about a year, Ayu Health started partnering with hospitals in Bengaluru, their first metro city.

“We started in Chandigarh because most technology-led ideas take off in a metro city, especially in Bengaluru where people are very tech-savvy. We wanted to see if this business model would work in a Tier-II city and it did,” says Himesh.

Even though Chandigarh was a success, Himesh says the pandemic-led lockdowns were the biggest challenge for the healthtech startup.

“Hospitals needed technological backing and we could bridge that gap. This is why we were growing at a good pace, but the pandemic slowed us down by at least six months,” says Himesh.

But since the unlock, Ayu Health has been witnessing steady growth for over a year with hospital rebranding.

Currently, Ayu Health has partnered with between six and seven hospitals in Chandigarh and close to 15 hospitals in Bengaluru, entering the city in July 2020. The startup is looking to partner with five more hospitals in the next few months.

Ayu Health is also looking to expand in both Tier-II and metro cities as the startup has successfully experimented in both models. The nearly 100-member team is aiming to expand in cities like Hyderabad and Jaipur, among others.

With 1,000-1,200 beds under their operations, Ayu Health claims to be on track for a 10x growth in terms of hospital beds in the next two years. The company also raised $6.3 million from ﻿Stellaris Venture Partners﻿, and Singapore-headquartered ﻿Vertex Ventures﻿ in September 2021.

While Ayu Health says it does not have any direct competition at the moment, startups including Gully Network, a retail-tech startup focused on providing B2B healthcare product distribution platform, have been operating in a similar space.

As the company is still in the growth stage, it hasn’t disclosed its revenues.

The healthcare sector’s demand soared during the pandemic as more than three crore people were infected in a matter of 14 months.

As people locked themselves in their houses to avoid contracting the virus, healthcare moved online, opening up a door of tech opportunities in the sector for both public and private organisations.

“The two main areas not digitised enough were healthtech and education, but the pandemic has been a great boon in that sense. This whole move from offline to online is unprecedented. That has given this whole slew of plethora of startups, who now know that for the new world order which is emerging and will emerge over the next 10 years, you need to work on thinking of a digital consumer; you need to think about going remote. You need to think about customer service first,” Swapna Gupta, Director, Qualcomm Ventures said at Techsparks 2021, YourStory’s flagship startup-tech conference.