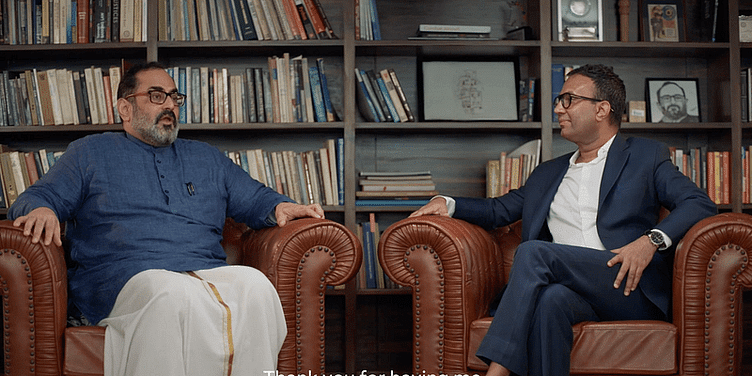 The minister added that entrepreneurship and digitisation can help India achieve its trillion-dollar economy vision.

Speaking on the sidelines of Meta's Fuel for India 2021 conference, the minister added that entrepreneurs and the startup ecosystem played a big role in helping revive the economy after COVID-19.

"Entrepreneurship is the fuel for economic growth, prosperity and opportunity in India," he said, adding that symbiosis between entrepreneurs and the government will be the formula for driving the trillion-dollar economy in India, especially seeing the number of startups that have recently joined the unicorn club.

Over the last 12 months, the Indian startup ecosystem has added 42 new entrants to the coveted $1 billion valuation club, across sectors. A NASSCOM report had said India will have at least 50 unicorns before 2021 ends.

In a conversation with Meta's Vice President and Managing Director of India Ajit Mohan about how the internet has impacted the country and helped millions become part of the mainstream economy, Chandrasekhar said that even beyond the objective of empowering the next set of internet users, the government hopes to make it "safer, trustworthy and accountable for the people."

"I am from a school or a generation that helped build the internet, and we saw the internet as a force of good - but it also has its challenges. From the government's point of view, we want the internet to continue to be open, safe, trusted, and accountable to the people," Chandrasekhar quipped, adding that while the government was full-tilt in terms of partnerships with Meta, ensuring that the internet remains free from influencing and corporate pressures was also a top priority for it.