Third Wave Coffee raises $6 million in series A round 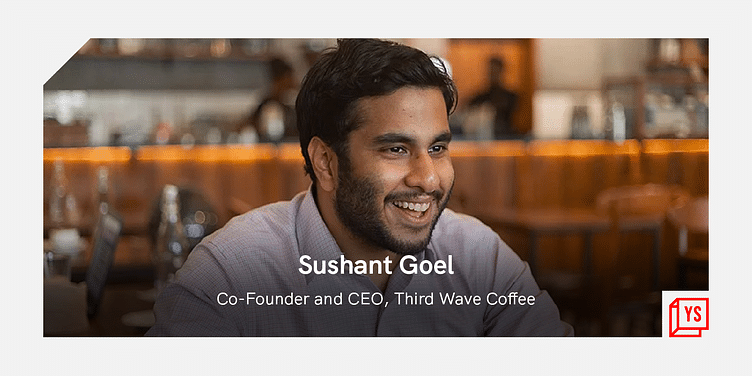 The quick-service coffee restaurant plans to open in Mumbai soon.

Third Wave Coffee, a coffee quick-service restaurant (QSR) run by Heisetasse Beverages in Bengaluru, has raised $6 million in its series A funding round.

In the past 12 months, it has expanded from 10 stores to 35 outlets in four cities, namely Bangalore, Delhi, Pune, Hyderabad. It plans to start operations in Mumbai.

The funds raised in the current round will be used for pan-India expansion and to hire a leadership team from top QSR brands, according to a Third Wave Coffee press release.

“We aim to disrupt the coffee space by breaking the monotony of the usual flavours with globally-influenced coffee and food pairings that match the palate of the modern, discerning Indian consumer,” said Sushant Goel, Co-founder and CEO, Third Wave Coffee.

The Series A round comes months after its pre-Series A in April, when it raised capital from Nikhil Kamath, Co-founder of Zerodha, Neelesh Bhatnagar, Managing Director of NB Ventures, apart from Sujeet and Ayyappan.

The company sources coffee from local farmers in different estates across India during the harvest season to acquire various samples of coffee beans.

Third Wave Coffee has focused on the 'centralised-roasteries' approach to enable a source-to-cup experience. "We control the supply chain from farm to cup," Sushant says.

Third Wave Coffee claims to have significant market share in key markets like Delhi and Bangalore. It has focused on providing local and international offerings in coffee and food through offline-first stores to create a range of specially curated coffees, baked goods and food, the press release added.

All perked up: How Third Wave Coffee Roasters created a micro-community of coffee lovers in Bengaluru