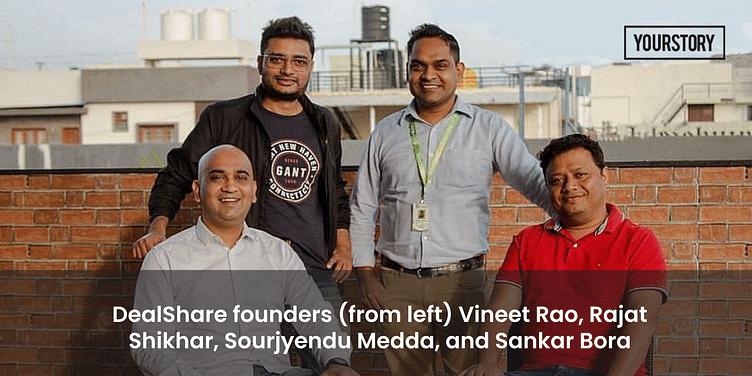 Social commerce platform ﻿DealShare﻿ on Saturday said it raised $165 million in the first close of its Series E round from Dragoneer Investments Group, Kora Capital, and Unilever Ventures. Existing investors Tiger Global and Alpha Wave Global (Falcon Edge) also participated in the round.

This capital infusion saw DealShare entering the coveted billion-dollar unicorn club after its valuation rose to over $1.6 billion.

Now headquartered in Bengaluru, the startup will use the funding to “invest in technology and data science, and a ten-fold expansion in its logistics infrastructure to increase geographic reach,” DealShare said in a release. It will also establish a sizable offline store franchise network.

Speaking on the funding, Vineet Rao, Founder and CEO, DealShare, said, “We will be utilising the proceeds from the round to invest heavily into technology, improving the supply chain, and expanding our footprint throughout the country. We will also invest in acquiring best-in-class technologies and marquee brands that are focused on the mass market.”

According to a press statement, Dealshare expects to hit the $1 billion mark in revenue in the near term.

He added, "DealShare is one of the fastest-growing ecommerce companies in India. Our revenue and customer base have grown 13 times in the last year with improving profitability.”

Vineet said the startup has a customer base of over 10 million and is present in over 100 cities across 10 states.

Sourjyendu Medda, Chief Business Officer, DealShare, said, "We are witnessing very high growth in our business. This year, we will be expanding our presence to well over 200 cities across 20 states and are setting an audacious goal to increase our annual revenue run rate to $3 billion while becoming operationally profitable. We also aim to add close to 50 million new consumers in the next 12 months.”

Griffin Schroeder, Partner at Tiger Global, added, “DealShare is growing rapidly and has built an impressive customer base with a strong leadership team executing on its innovative social commerce strategy. As it expands into Tier II and III cities, DealShare is well-positioned to power a new wave of ecommerce growth in India.”