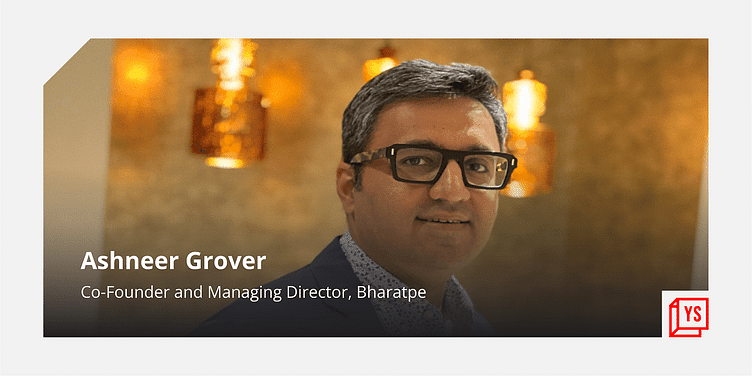 Ashneer Grover, Co-Founder and MD, BharatPe, and controversy's recent child, has announced that he has taken a voluntary leave of absence from the fintech unicorn till March-end.

Ashneer Grover, Co-founder and MD, ﻿BharatPe﻿, has taken a voluntary leave of absence from BharatPe until the end of March, the company said in a press release.

It read, "Ashneer Grover, our Co-founder and MD, has today informed the Board of his decision to take a voluntary leave of absence from BharatPe till March-end. Ashneer has co-built BharatPe from scratch, and his decision is consistent with his passionate commitment to the future success of the company."

"The Board has accepted Ashneer’s decision, which we agree, is in the best interests of the company, our employees, and investors, and the millions of merchants we support each day," it added.

BharatPe will continue to be led by CEO Suhail Sameer, the company said.

Ashneer has been controversy's recent child since he locked horns with a Kotak Mahindra executive.

In the leaked audio clip, surfaced on Twitter, Ashneer Grover and his wife Madhuri Grover, are heard conversing with an official alleged to be employed with Mumbai-headquartered Kotak Mahindra Group.

Ashneer was allegedly heard to be abusive and also threatened to get the Kotak Group employee killed in an encounter over the failure to help secure financing from Kotak's wealth management division for participating in the IPO of FSN E-Commerce Ventures, which runs beauty ecommerce unicorn ﻿Nykaa﻿, and whose IPO worth Rs 5,352 crore hit the primary market between October 28 and November 1 last year.

In response to the tweet with the controversial audio clip, Ashneer said the alleged audio clip was "fake", and a "scamster" was trying to extort funds worth $240,000 in bitcoins, which Ashneer claimed to have refused to buckle.

However, the weekend of January 9-10 saw the controversy taking an unusual twist with a four-page legal notice from Regstreet Law Advisors, a Mumbai-based boutique law firm, surfacing and changing the flow of events so far.

The fintech unicorn, valued at $2.8 billion within three years of its launch, has investors like Sequoia Capital, Tiger Global, and former SBI Chairperson Rajnish Kumar on its board.

Further, BharatPe Co-founder Bhavik Koladiya’s former conviction in the US and the questions arising now may cause further complications for Ashneer, who is facing multiple controversies himself.

What are the next steps for the fintech unicorn and its founding team is yet to be determined.