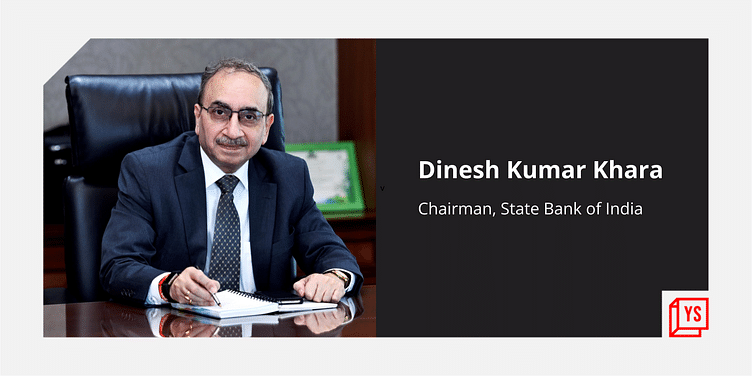 While NARCL will acquire and aggregate the identified NPA accounts from banks, IDRCL will handle the debt-resolution process.

The National Asset Reconstruction Company (NARCL) and India Debt Resolution Company (IDRCL) have got all requisite approvals, including the Reserve Bank of India's (RBI) nod, said Dinesh Kumar Khara, Chairman of State Bank of India, the country's largest lender, in a press briefing on Friday.

In the first phase, stressed assets of more than Rs 50,000 crore across 15 accounts will get transferred to the NARCL before the end of this financial year (March 2022), Khara said.

The NARCL, majority owned by public sector banks, has been set up to aggregate and consolidate stressed assets. It had identified non-performing assets (NPA) worth Rs 2 lakh-crore, of which it has begun to take up Rs 82,845 crore across 38 accounts.

﻿State Bank of India﻿ owns 13.27 percent of NARCL, which will be helmed by Padmakumar M Nair, who previously headed SBI's stressed assets division.

While NARCL will acquire and aggregate the identified NPA accounts from banks, IDRCL will handle the debt-resolution process. NARCL and IDRCL will have a principal-agent relationship, Khara noted.

"This unique public-private partnership is envisaged to get the best talent in terms of ability to handle large exposures, the benefit of aggregation and domain expertise in the debt resolution process to resolve the stressed assets," Khara explained.

The IDRCL, majority owned by private banks, will be vital in speeding up debt resolution, Khara said. It will be headed by Manish Makharia, who is currently heading SBI Mutual Fund's alternative investment fund.

The IDRCL will have complete freedom when it comes to having the account resolved, Khara clarified.

"It is expected to bring in superior resolution techniques, preserve the value and showcase the brownfield assets for domestic as well as foreign investors," Khara added.

On its part, NARCL will acquire the stressed assets through 15 percent cash and 85 percent in security receipts (SRs). "These SRs are issued in favour of the trust-bearing lenders, and will be secured by the central government, guaranteed for its face value for up to five years," Khara added.

Both NARCL and IDRCL have their respective board of directors in place. The structure and two entities had been mooted in last year's Budget speech by Finance Minister Nirmala Sitharaman.

"The high level of provisioning by public sector banks of their stressed assets calls for measures to clean up the bank books," Sitharaman said, in the Union Budget 2021-22 Speech.

"An Asset Reconstruction Company Limited and Asset Management Company would be set up to consolidate and take over the existing stressed debt, and then manage and dispose of the assets to Alternate Investment Funds and other potential investors for eventual value realisation," Sitharaman had said.

Khara said both entities are now ready to commence operations. "This arrangement will be under the provisions of the SARFAESI (Securitization and Reconstruction of Financial Assets and Enforcement of Securities Interest) Act, as well as RBI guidelines," he added.