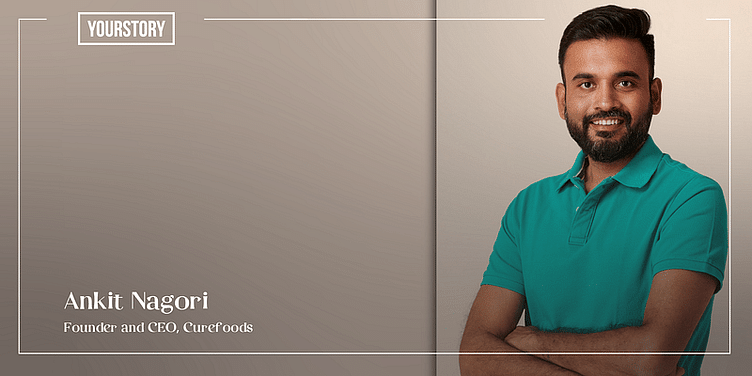 YourStory presents daily news roundups from the Indian startup ecosystem and beyond. Here's the roundup for Tuesday, January 4, 2022.

With the five food brands now on board, Curefoods has more than 20 brands in its portfolio and is looking to house a total of 25 brands by mid-2022.

Ankit Nagori, Founder at Curefoods, said, “To cater to multiple eating occasions, cuisines, flavour profiles and regional nuances, we are bringing on a plethora of such companies - each a strong contender in its space with great products to offer. Our goal is to equip them further with our tech and business expertise to enable them to continue serving up some great dishes for customers.”

The startup claimed its pilot will see three battery swap stations being set up at various HPCL outlets at prime locations in the city in January 2022. This will be the first step in RACEnergy’s vision to set up a network of battery swapping infrastructure for electric two- and three-wheelers.

“A robust swapping infrastructure is essential to accelerate the adoption of electric vehicles, and HPCL’s network of retail outlets will allow us to reach every corner of the state with ease,” said Arun Sreyas, CEO and Co-founder, RACEnergy.

﻿CarzSo﻿ today announced it has launched a one-of-its-kind virtual reality-based experience store in India, claiming it is the first autotech startup to launch a virtual showroom in India alongside a physical store in Karnal, Haryana.

Identifying a surge in demand for pre-owned cars, CarzSo.com has been focusing on building its virtual platform for tapping non-metro cities.

Vaibhav Sharma Founder and CEO of CarzSo.com said, “Consumer behaviour and aspirations have undergone significant change due to digitisation, pandemic, shorter ownership periods and easy financing options. Be it the need for safer mobility options, the online presence of pre-owned cars or faster replacement cycles — the consumers are finding pre-owned cars much more convenient and affordable.”

﻿Virohan﻿, an edtech startup focusing on the healthcare segment, announced its launch of 10 centres across the states of Karnataka, Mumbai, and Gujarat as part of its pan-India expansion plans to aggregate the healthcare workforce by providing aspiring allied health professionals with industry-relevant education.

The startup claimed it has launched four centres in Karnataka and Tamil Nadu in Electronic City and Peenya in Bengaluru, and Trichy and Tellicherry in Tamil Nadu. it has also launched three centres in Gujarat and Mumbai each.

Kunal Dudeja , CEO and Co-founder, Viroha, said, "We aim to prepare the country for the fight against the pandemic in the future and to be ready for any unexpected crisis situation without facing the shortage of healthcare workforce. With these 10 centre launches, we further also plan to expand our partnerships and launch centres PAN-India."

Tanmay will be leading the finance, legal and secretarial teams at Shiprocket, and will be working closely with the founders to build long-term business strategies, and also oversee investor relations, fundraising, and M&A, the startup said.

Tanmay brings over 22 years of experience in FMCG and Retail. He has worked with leading consumer-centric brands, including PepsiCo, Yum! Brands, Spencer’s, and Burger King India.

Tanmay Kumar said, “We will facilitate organic and inorganic growth by improving/introducing processes that drive efficiency and build on our strengths. The focus will be on opportunities that enhance our moat and build a full stack of post-buy enablement for all direct commerce in order to grow significant shareholder value."

India's exports in December 2021 surged 37 percent on an annual basis to $37.29 billion, the highest-ever monthly figure, on the back of healthy performance by sectors like engineering, textiles, and chemicals, even as the trade deficit widened to $21.99 billion, .

Imports in December too rose by 38 percent to $59.27 billion on account of an increase in oil imports, which soared 65.17 percent to $15.9 billion, government data showed on Monday.

No extraordinary increase in trade with China: Piyush Goyal

Commerce and Industry Minister Piyush Goyal on Monday said there was no extraordinary increase in trade with China and that the trade deficit with the neighbouring country has come down to $44 billion in 2021 from $48 billion in 2014-15.

"It (trade deficit) almost remains steady, I can assure you that there is no extraordinary increase (in trade) with China," Goyal said.

﻿Ninjacart﻿, an agri-platform that leverages technology to organise the agriculture ecosystem, has announced that it has implemented an employee stock ownership plan (ESOP) buyback worth Rs 100 crore for its employees. Both current and former employees with vested ESOPs as of December 2021 are eligible to participate in the ESOP buyback programme, with the option to sell the entirety of their vested ESOPs.

This is the company’s second ESOP buyback; Ninjacart had its first buyback in 2019. Ninjacart employees have been elementary to the company’s success and this ESOP’s plan will reward them for the commitment and resiliency they have shown during the last two years.

This latest ESOP buyback announcement comes on the heels of Flipkart and Walmart announcing a fresh round of joint strategic investment in Ninjacart worth $145 million. Ninjacart says this will help in building world-class teams, and attracting and retaining the best talent.

Thirukumaran Nagarajan, Co-founder and CEO, Ninjacart said, “I am overjoyed to share that this new year’s, we can give back to our current and previous employees who stood by us and helped us achieve every milestone with their extraordinary effort. This ESOP buyback programme is a small gesture of our gratitude towards our employees because, without them, we will not be where we are today.”

Jobs and professional networking platform Apna today announced the appointment of Suresh Kumar Khemka as the Head of Platform Engineering and Infrastructure.

Suresh will spearhead the development of ﻿Apna﻿’s platform and infrastructure and play a part in scaling systems as the company heads towards the next phase of its growth.

Suresh brings with him an experience of over 17 years in enabling organisations for scale and high performance with reliability in e-commerce, retail, telecom, logistics, and banking.

“It is exciting to join Apna at a time when the company accelerates phase two of its growth. The next few months will be crucial as we begin to scale further and empower more lives,” said Suresh.

Wellness platform ﻿Mindhouse﻿ today announced its rebrand to ‘Shyft’, indicating a shift in its focus towards offering a variety of wellness solutions for a broader spectrum of health conditions and issues.

Pooja Khanna, Co-founder, Shyft said, “While we started ‘Mindhouse’ with a focus on mental wellness as the name suggests, over the last year we've become a leading provider of curative wellness solutions for a large number of health conditions.”

She added, “Our shift away from mental wellness started as many of our customers approached us for solutions targeted towards specific health conditions. We realised the role and importance of lifestyle management for chronic health conditions and how underserved the market is; and decided to do something about it!”

The Shyft platform will allow customers to enrol into programmes to reverse and manage specific health conditions.

This strategic acquisition will augment the startup’s portfolio and accelerate the growth chart using business intelligence via AI and ML-driven data insights to serve its loyal consumer base with tailor-made products, according to a company statement.

Dimentrix (dimentrix.com) is a Pune-based software company designed to provide data analytics services. With its high-performance business intelligence platform — DeepInsight, udChalo aims to rely on getting a unified solution for its teams where they can visualise, analyse, and gain meaningful insights about the business faster and effectively, on any device.

Ravi Kumar, CEO, udChalo said, “Data and analytics are vital to all business strategies, Dimentrix will bolster our agility, adaptability backed with data science to have informed decisions.”