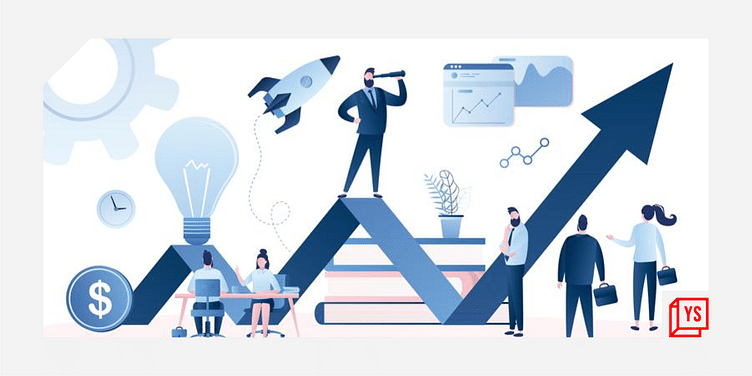 Be it the chaos unfolding inside BharatPe or the tantrums at Housing.com in its fledgling stages, boards have had to step in to make startup founders behave less like demigods and more like responsible stewards for their stakeholders.

Ashneer Grover, Co-founder of ﻿BharatPe﻿, is a household name in India today, following the debut season of Shark Tank India, which has been enthusiastically received by Gen Z across the country, specifically in smaller towns and cities, far away from the fertile centres of entrepreneurship like Bengaluru and Delhi-NCR.

However, when an audio clip of Ashneer swearing at and threatening a ﻿Kotak Mahindra Bank﻿ employee over the phone went viral in early January, it was the beginning of a series of unpalatable revelations about him — which reflected back on the corporate profile of BharatPe as well, the company he founded with Shashvat Nakrani in 2018.

Following these disclosures, the company, which became a unicorn at a breathtaking speed in just three-and-a-half years in August 2021, is now in the news for all the wrong reasons.

In this battle, the management has lost what is actually at stake – BharatPe: Ashneer Grover

In a classic case of Related Party Transactions, which would be familiar to students of corporate law, these invoices were created by Shwetank Jain, who is the brother of Madhuri Jain, Ashneer Grover’s wife and the Head of Controls at BharatPe, as per the preliminary report by Alvarez and Marsal.

The issue around financial irregularities and dealings with non-existent vendors, brought forth by Alvarez & Marsal’s preliminary probe, was also highlighted during an investigation undertaken by the Directorate General of GST Intelligence (DGGI), in October last year.

BharatPe, or Resilient Innovations Pvt Ltd, is yet to file its financial results for the financial year 2021.

The incident is a glaring indictment of how unicorns are minted without a governance framework in place — or even the right internal, independent controls for basic checks and balances.

In response to these allegations, Ashneer has lashed out at the Chair of BharatPe’s board, Rajnish Kumar (former SBI Chair), and accused the board of trying to oust him from the company.

The principal/agent battle at BharatPe is reminiscent of the wanton actions of a much younger founder, Rahul Yadav of Housing.com in 2015 — a company that rose to prominence just before the first massive waves of foreign VC capital entered India’s startup landscape.

Rahul, 26, dropped out of the Indian Institute of Technology, Bombay, and grabbed headlines for all the wrong reasons, including threatening Shailendra Singh, Managing Director of Sequoia Capital India, in a public spat.

Rahul called the Housing.com investors "intellectually incapable", and ended up being fired for behavioural issues.

The cases at BharatPe and Housing.com in 2015 are more structural in nature than they seem. They are symptomatic of a culture of disdain towards developing sound and sustainable institutions that create lasting innovation, and a culture that fetishises the creation of a superstar entrepreneur who is above the law and procedure.

The cases of BharatPe now and Housing.com in 2015 point to the need for adequate governance and board oversight.

Why the board matters

First and foremost, corporate governance is about holding management responsible or accountable to its shareholders. At its very essence, it is about morals, ethics, values, parameters, conduct and behaviour of any organisation.

It is — in the essence of democracy — a distribution of power which is necessitated by the fact that None of us is better than All of us.

For startups, corporate governance needs to find the balance between excessive rigidity or austerity, and flexibility or pliability.

While investors will have diverse opinions on the importance of governance control and board oversight in a startup’s initial years, founders tend to prioritise advice in specific areas of expertise from boards. They may not see value in the formalisation and structure of boards.

But founders need to appreciate how proper governance structures can help ensure processes and internal systems are functional, even as they chase audacious goals, and especially as their organisations become more complex as they scale.

Strong governance can supervise the growth, ensure transparency, and instil organisational culture so that a startup becomes a lucrative and predictable place to work. There has to be a shared vision between the founders and investors while forming the board of directors.

The board must have active engagement with founders. This includes periodic board meetings with a clear agenda, so that founders are focused on agreed-upon plans and priorities. Setting and reviewing Key Performance Indicators (KPIs), periodically,  along with discussions on strategic planning, financials, etc. are beneficial for startups.

Of course, the board’s involvement varies by the stage a startup is in, and its unique circumstances. That said, the varying needs of a startup call for different expectations from its board of directors. For example, in an early-stage startup, the board can focus on guiding the entrepreneurs, as well as offering support in investments, network and business development.

This is not to say that the board’s involvement in decision-making should hinder a startup’s innovation, growth or agility. It is crucial that the board oversight does not extend to the day-to-day operations of a company.

Establishing a professionalised, independent board, and other aspects of corporate governance are essential for the long-term success of a startup. It's imperative that startups focus earlier, rather than later, on building strong governance structures and practices moving forward.

A functional board can help with or guard a technology company against the swings of a founder’s leadership, which is natural given what is at stake and the toll that entrepreneurship can take in a founder’s journey.

The rise, fall, and return of Steve Jobs is a big part of the Apple founder's legend. In the famous fallout between Jobs and Apple CEO John Sculley in 1985, the board backed Sculley.

It was a key moment for Apple, which would later bring back Jobs as CEO in 1997, and Apple would go from being a tech industry punchline to the most valuable company in the world. The board was in charge, when it backed its CEO in 1985, and when it felt in 1997 that Apple needs Steve Jobs.

In India, even as startups turn unicorns at a faster clip or list on public markets, the board’s role has never been more important.

Today’s multinational, tech-enabled startups are no different from nations in terms of complexity in terms of dilemmas, their wide-ranging aspirations and operations make them face, and the vulnerabilities of their founders that are exposed when they are placed on a pedestal and given a licence to make all the big decisions without any checks and balances.

An independent board divides the power of the corporation, much like an active judiciary and a foresighted parliament hold the government to account, and ensure that the dreams and the affairs of the nation are not held ransom to the capabilities of one messiah.