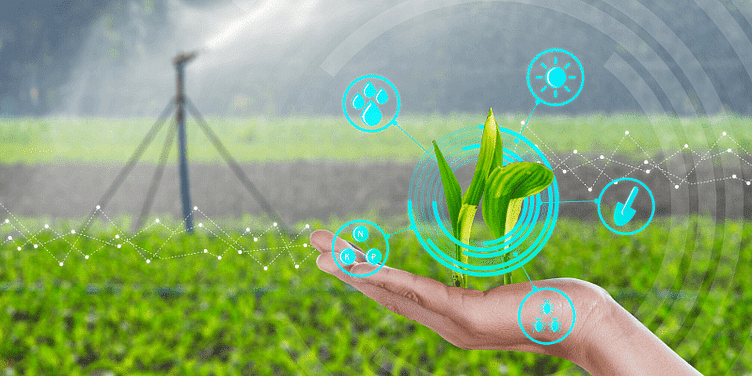 Despite the technological advancements in every sector, India is – at heart – an agrarian nation.

The country has the second largest amount of arable land in the world, and according to IBEF, 58 percent of India’s population depends on agriculture as the primary source of livelihood.

However, issues such as outdated equipment, poor infrastructure, and lack of access to markets continue to plague farmers.

Over the last few years, numerous startups have stepped in to help farmers increase productivity and reap better yields through the use of technology.

India is home to more than 450 agritech startups, growing at a rate of 25 percent year-on-year, according to a 2019 NASSCOM report. These companies are increasingly empowering 150 million-odd farmers with data-led systems.

According to a report by EY, the Indian agritech market has the potential to reach $24 billion by 2025.

YourStory digs deep into the field of agriculture to round up startups that are helping farmers to simplify processes and increase crop yields.

Founded in 2013 by Shardul Sheth and Sitanshu Sheth, ﻿Agrostar﻿ is a Pune-based startup that functions as an online marketplace for farmers to buy agricultural products.

The agritech startup helps farmers by offering advice from experts on how to manage crops and boost yield. It leverages data and technology to solve farmers' concerns about accessing high quality agri-inputs and bridges the information gap.

Shardul Sheth, Co-Founder and CEO, AgroStar, said, "While our digital presence is pan-India, our physical presence through touch points and delivery of product is still focused on five states."

In December 2021, the startup raised $70 million in a Series D round, which will be used towards ‘Helping Farmers Win’.

In an earlier conversation, Shashank Kumar said the core idea behind DeHaat has always been to resolve issues within the Indian farming ecosystem through modern technology, “by bringing together the entire laundry list of agricultural value chain offerings under an integrated platform”.

"We aim to provide all these solutions in a single full-stack platform - from seed to market," he said.

In October 2021, the startup raised $115 million in a Series D round from Sofina, Lightrock India, and Temasek. The funds will be utilised to expand its technological offerings, for value-added services, and people.

Founded by Krishna Kumar, Kunal Prasad, and Rupesh Goel in 2010, ﻿CropIn﻿ is an AI and data-led agritech startup that provides SaaS solutions to agri-businesses globally.

Cropin has partnered with over 250+ companies worldwide to digitise over 16 million acres of farmland and improve the lives of almost seven million farmers while building intelligence for more than 400 harvests and more than 10,000 yield varieties in 56 countries.

In January 2021, the startup raised $20 million in a Series C round to expand its business internationally.

In an earlier conversation with YourStory, the founders said: "To improve yields, optimise production, and improve resilience and sustainability, agri-businesses are increasingly relying on innovative agritech solutions like artificial intelligence, data analytics, and the internet of things."

[Women’s Day] There are a lot of spaces where ventures can be started; the person matters: Padmaja Ruparel of IAN

The startup uses an application to let farmers plan, screen, and analyse their farming activities.

Earlier, in a joint statement, Fasal Founders Ananda Verma and Shailendra Tiwari said, "As government policies are evolving to support more robust and open supply chains, there has never been a bigger incentive for horticulture farmers to grow more and grow better.

The agritech startup raised $4 million in 2021. The funds will be used to grow its business across India and Southeast Asia, fortify its full-stack administrations, and increase recruiting for sales and marketing, agronomy, and technology teams.

Founded in 2016 by Milan Sharma, Himani Shah, Nishant Mishra, and Devendra Chandani, ﻿Intello Labs﻿ n as created digital products that use AI tools and image analytics to help retailers, farmers, and exporters assess the quality of fruits and vegetables.

The agritech startup's mobile app uses AI and image analytics to give a total update on whether a fruit or vegetable is under-ripe, ready to consume, or waste. It does this by taking a picture of the produce, which can actually help forecast the quality of the whole lot.

In 2020, the startup raised $5.9 million in Series A funding. The funds were used to accelerate growth in international markets like the US and the Asia-Pacific.

In an earlier conversation with YourStory, Milan Sharma, Co-founder and CEO, Intello Labs, said there had been a significant spike in interest from these markets over the past few months, which was further accelerated by COVID-19.

“Now we have the firepower to go after these opportunities. This new demand, combined with the stickiness of our existing clients, validates the fact that our products bring much-needed transparency and standardisation to fresh produce value chains.”