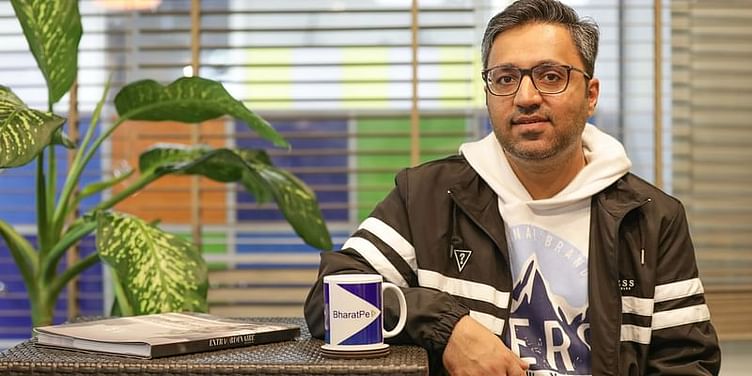 The BharatPe founder responded to claims that he lives a lavish lifestyle, including bragging to employees about buying a $130K dining table and a Porsche.

Ashneer Grover, the founder of ﻿BharatPe﻿ who has been in a public fight with the Board of the company, mocked reports that he spent Rs 10 crore on a dining table, and said that the media shouldn't "fall for BharatPe Board (undisclosed sources) lies."

The implication is that the "undisclosed sources" talking about Grover and leaking his personal information are people from the board of the company. He has also previously stated that the board is leaking information about him and his family during the review process through the month of February that led to him resigning on March 1 midnight.

In a Twitter post, Grover mocked claims that he had spent Rs 10 crore on a table, saying "Is it a space rocket? Is it a time machine? No it’s a ₹10 crore dining table!!" Grover continued, "I don’t hold the Guinness World Record for most expensive table ever. Nor do I intend to."

The original report actually stated that he had spent $130,000 on the table (which would be around Rs 1 crore), but multiple media outlets inflated the number. Presumably, Grover was responding to this inflated number he saw in the press.

It’s not even worth 0.5% of that. I’d rather put ₹10cr in business and create employment for 1,000 of folks so that they can earn & put dignified meal on their tables for their families. Score; Self Goal (Loss of Credibility) by BharatPe Board / Investors - 1 : Lavishness - 0.

However, Grover addressed that discrepancy as well, saying that his table was "not even worth 0.5 percent" of the Rs 10 crore number. He said that he would rather spend that money investing in a business and creating employment for a 1000 people.

He signed off by taking another shot at the board and BharatPe investors, who he called "spineless" in the aftermath of his resignation, by saying "Self Goal (Loss of Credibility) by BharatPe Board / Investors - 1 : Lavishness - 0."

Grover later posted a follow up tweet addressing the purchase of his Porsche by claiming that not only was it second hand, but that new BharatPe CEO Suhail Sameer has himself bought a BMW Z4 convertible.

I am proud @SuhailSameer14 that within 1 year of joining BharatPe you could buy BMW Z4 Convertible sports car. I’ve made my employees’ dreams come true. Ironic that you believe you as employee can afford your dream and I as Founder can’t even afford a 2nd hand Porsche. Touché !! pic.twitter.com/D0gUdXcCfn

Grover asked why it is okay that he has made his employees earn enough money to buy luxury cars, but he is not allowed to do so himself without leaks to the media.