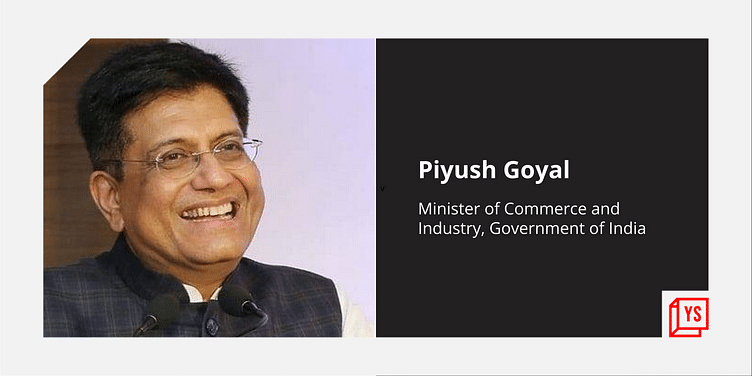 In a written reply to a question in the Rajya Sabha, Union Minister for Commerce and Industry – Piyush Goyal said that India’s 65,861 startups based across 640 districts reported an average employment creation of 11 jobs until March 14, 2022.

On March 25, in a seven-page long reply to startup-related questions from Rajya Sabha member Ram Shakal, Union Minister for Commerce and Industry Piyush Goyal articulated that startups and the entire innovation ecosystem are the engines of growth for any country.

Shakal had asked the minister whether the country’s startups are contributing in areas like rapidly increasing urbanisation, smart mobility, digitisation of rural areas, drone, agriculture, health (care sector) in the country.

The parliamentarian in the upper house was also curious to know if the government proposes to take local startups to the global level, and the efforts made in this direction.

While the latest recognised startup count stood at 66,359 as of March 21, 2022, it is noteworthy that in early June last year, the Department for Promotion of Industry and Internal Trade (DPIIT), under the Ministry of Commerce and Industry, had revealed that a little over 48,000 startups, that were then recognised by DPIIT, had reported a job creation number of close to 5.50 lakh.

In his reply, Goyal spelt out that Startup India’s role has been vital in nurturing entrepreneurship beyond the metros, and that the regional growth through the efforts of states and union territories (UTs) have created a national ecosystem to give a thrust to our economic objectives.

A closer look at the data shared by Goyal reveals that out of the 56-plus sectors that represent the 65,861 startups as of March 14, the top 10 sectors by startup count account for 55 percent of the total startups.

When seen from the lens of the top job creating sectors, the top 10 sectors accounted for nearly 58.8 percent of over 7.07 lakh jobs, created until March 14.

Among other things, he also pointed out that innovation in India is not just limited to certain sectors. While the recognised startups are spread across 56 diversified sectors, more than 26 percent are in sectors such as IT services, fintech, technology hardware, enterprise software, artificial intelligence (AI), computer vision, and nanotechnology, among others.

Another 3,000-plus recognised startups are working in climate action sectors and providing solutions through renewable energy and green technology. A whopping 14 percent of these startups are into healthcare and lifesciences and agriculture-related sectors.

On the government’s efforts to take local startups to a global level, Goyal added that the government, under the Startup India initiative, is helping Indian startups to connect with global startup ecosystems through various engagement models; government to government partnerships such as Shanghai Cooperation Organisation Startup Forum, participation in international forums such as Expo 2020, Dubai, hosting of global events such as Startup India International Summit and Global Venture Capital Summit.

Finally, Goyal, in his reply, also stated that the government is pursuing bilateral and multilateral engagements including international bridges with over 13 countries — Brazil, Sweden, Russia, Portugal, United Kingdom, Finland, Netherlands, Singapore, Israel, Japan, South Korea, Canada, Croatia — to provide a soft-landing platform for startups in their global expansion and to foster collaborations between different startup ecosystems.