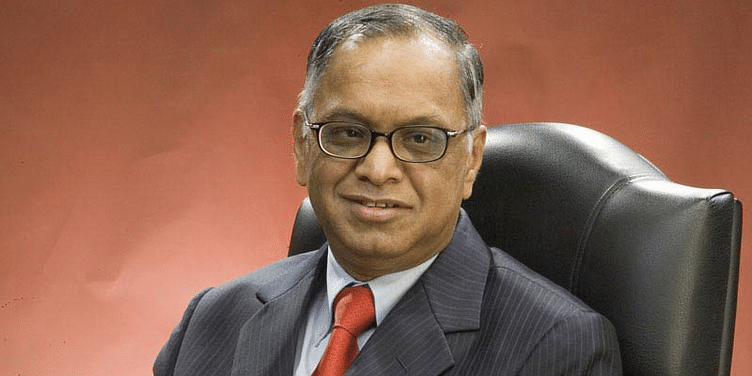 Here are a few motivational sayings from Narayana Murthy, founder of Infosys, that will inspire entrepreneurs.

Padma Vibhushan awardee and the founder of ﻿Infosys﻿, N.R. Narayana Murthy was born on August 20, 1946 in Shidlaghatta town in the Chikkaballapur district of Karnataka to a middle-class family.

He is a well-known and billionaire Indian businessman, an admired entrepreneur, self-made and inspiring to the younger generations. As of October 2021, his net worth was estimated at $4.3 billion.

Murthy also penned an inspiring book called: Better India: A Better World. In the book, he sets out the standard rules that should be adhered to if future generations are to inherit a truly progressive nation.

Here are some of his famous sayings and learnings that will motivate young entrepreneurs to be focused.

“A clear conscience is the softest pillow in the world.”

“Leading by example is the most powerful advice you can give to anybody.”

“You do not have to be the son of a rich man to be an entrepreneur. Today kids are far more willing to take risks because they’ve seen high rewards.”

“Organisations with decision-making speed and imagination will thrive as nobody can claim to have a monopoly over creativity.”

“Learning from experience, however, can be complicated. It can be much more difficult to learn from success than from failure. If we fail, we think carefully about the precise cause. Success can indiscriminately reinforce all our prior actions.”

“The real power of money is the power to give it away.”

“It is less important where you start. It is more important how and what you learn. If the quality of the learning is high, the development gradient is steep, and, given time, you can find yourself in a previously unattainable place.”

“Leadership is about doing the right thing, even if it is going against a vast number of naysayers and mediocre people.”