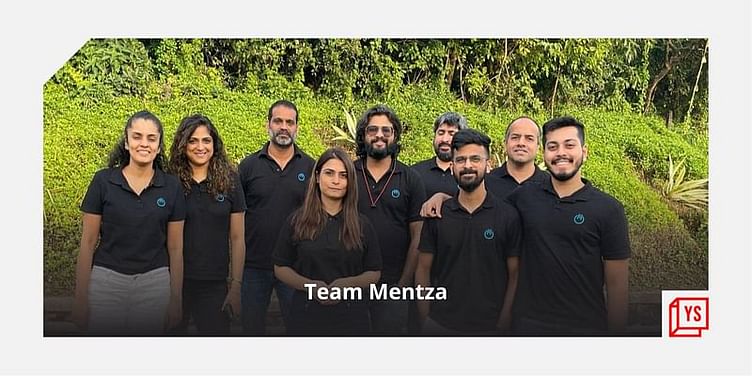 Headquartered in Mumbai, Mentza is a live audio platform for individuals and communities to engage by exchanging stories in 20-minute conversations. The startup wants to replace your binge-watching habits by fostering ‘continuous learning’ practices.

Social media platforms seem to have a bleak future. Once posing great power – the power of connecting people from across the globe — the hype around these platforms is slowly dying. More than a decade back, tech giant Facebook almost blew people’s minds with its promises.

However, the tables seem to have turned now. Facebook’s user base is declining for the first time in its history. The social media giant lost about one million users in Q3 of 2021.

Similarly, Silicon Valley’s pandemic darling Clubhouse, which became a breakout phenomenon during the COVID-19-induced lockdown, lost its novelty after the platform became more accessible to the masses, which eventually led to content-quality issues.

Seeing all these movements in the market, six people with backgrounds in behavioural science decided to launch ﻿Mentza﻿.

Mumbai-based Mentza is a live-audio platform where individuals and communities engage by exchanging stories — but only in 20-minutes.

“Just enough time for the best parts and for finding a common ground,” says Founder and CEO Anurag Vaish, in a conversation with YourStory.

Founders Anurag and Anand Parameswaran earlier worked as co-founders at FinaMile, a behaviour change design firm that delivered social impact across safety, HIV, nutrition, and education in India, Africa, and the US. In 2017, the duo had a profitable exit from Final Mile after it was acquired by Fractal Analytics.

For the next three years, Anurag experimented with integrating artificial intelligence (AI) with behavioural sciences and design at Fractal. “Our work influenced over 30 edtech initiatives, including the likes of Mitbhashi, Miles to Milestones, Sarkari Pariksha, Mom Academy, and Google across India, East Asia and Africa,” he says.

He soon realised that continuous learning – a critical need — was serviced only by edtech experiences that were either overly structured or unnecessarily evaluative, or both. Despite the kind of money and energy invested in it, the impact continues to remain nil.

In fact, completion rates stand to be poor. Anurag identified the need to transform continuous learning into a fun and natural engagement that could be democratised and made accessible to all. And thus, Mentza was born. Fareesh Vijayarangam, Tapasi Mittal, Jayal Shroff, and Divya Balakrishnan, joined the founding team as well.

Mentza is on a mission to make learning fun, crisp, social, and most importantly, democratic through the use of conversational storytelling. Anurag says, “Mentza utilises social energy without becoming another social media sinkhole.”

From budding poets encouraging each other to marketing folks swapping case studies; from music enthusiasts discussing compositions to an entrepreneur building a dream – Mentza encourages all kinds of conversations.

At present, the Mentza team has 16 employees – a mix of design, tech, community, and media specialists. Additionally, it has a bunch of community architects curating the 12 different communities on the platform.

A mix of behavioural science and tech

Mentza brings together behavioural sciences and technology to drive meaningful conversations and engagements. Any user can initiate a 20-minute live audio conversation or panel, at any given point in time, with a maximum of five speakers and unlimited participants.

Users attending a particular conversation or discussion can take 40-second highlights– either during the live chat or from its recordings at a later point of time. During multi-party conversations, whenever a speaker or a listener takes these short highlights, the tech assigns credit to the speaker and thus sits as a reward counter on the profile. Anurag claims that the credit-assigning tech is 90 percent accurate. Later, the highlights get auto-published, allowing users to share or download them.

Speaking on the technology, Anurag reveals that the live-audio platform uses AI, intelligent crediting, and an OCEAN (openness, conscientiousness, extraversion, agreeableness, and neuroticism) framework to analyse the conversations and create a custom profile.

Menzta founders emphasise how their platform is designed specifically for knowledge absorption, and that the 20-minute format is best fit for:

While Mentza is competing with the likes of Twitter Spaces, Clubhouse, Scenes, and LinkedIn Audio, its USP lies in the fact that it only hosts 20-minute conversations and that it is community-oriented, rather than being creator-oriented.

Mentza has been testing out a couple of monetisation features including:

Last  September, Mentza raised $400,000 in its seed round of funding, led by Inflection Point Ventures.

Going ahead, the team plans to host 500 global communities on its platform, generating 50,000 MAUs. It has also partnered with Spotify and Audvisor to distribute its 20-minute episodes.

“The fusion of behavioural sciences and tech has ensured that all aspects of Mentza are turned to drive meaningful conversations and engagements…It is also the reason why our members find 20-minutes on Mentza more desirable, enriching and fun than a lonely podcast or yet another episode on Netflix,” Anurag signs off.