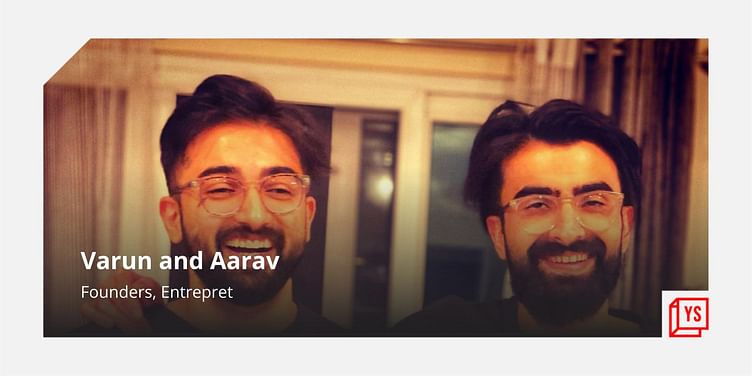 Entrepret is a feedback intelligence platform for product teams, which has amassed early customers like Notion, Loom, Cameo, one of the biggest grocery apps of India, and InVideo among others.

There was one thing Varun Sharma and Arnav Sharma would always wonder - how is it that product teams know every funnel conversion up to the second decimal point, but can’t confidently answer what their top customer pain points are?

"While being in sync with users in the early days was easy, how can they do this with hundreds of thousands of consumers while shipping product improvements with rapid velocity," asks Varun. It led him and, and his brother Arnav to start ﻿Enterpret﻿ in 2020.

The startup runs a customer feedback intelligence platform for product teams. Enterpret has amassed early customers like Notion, Loom, Cameo, one of the biggest grocery apps of India, and InVideo among others.

They've raised a $4.3 million seed round led by Kleiner Perkins, with participation from Sequoia Capital India, Unusual Ventures and angel investors, which include Cristina Cordova and Vinay Hiremath, among others.

Enterpret is solving the problem by building customer feedback intelligence products that help product teams to prioritise efficiently as they scale. The core engine behind the analytics has a proprietary unsupervised machine learning (ML) approach which enables Enterpret to create and dynamically update any customer feedback schema from the raw text. Zero effort is required from Enterpret users' customers.

The product was launched in beta mode eight months ago with some of the best product development teams as customers.

Enterpret's ML and software engineering team is based in India with seasoned professionals who've worked at ﻿Uber﻿, ﻿Microsoft﻿, ﻿Razorpay﻿, ﻿Rubrik﻿, etc. A huge focus of the latest fundraise is to strengthen the team in India.

"Four of our first five engineers were Natural Language Processing (NLP) scientists with 100+ research citations between them, and over the past 20 months they’ve been able to build something truly amazing," says Arnav.

"It has been incredibly fascinating to see the pain points we have been able to help our customers with - prioritising roadmap, validating hypothesis for growth experiments, iterating quickly on new features, and responding to product quality issues faster," Arnav.