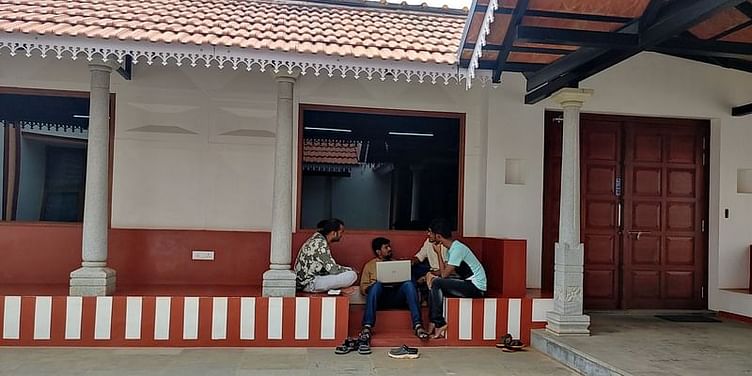 Zoho CEO Sridhar Vembu tweeted about the growth in productivity at the SaaS company's Tenkasi office, where employees have returned to work in person.

﻿Zoho﻿ CEO Sridhar Vembu on Thursday said the return of employees to its company's offices in Tenkasi, Tamil Nadu, has proved that productivity is higher when employees meet in person.

In a tweet, he said, "Productivity is higher when we meet face to face, that is now quite clear. Our offices are starting to be full."

However, Zoho has not made it public about its plans to implement a full return to the office. At present, most companies are contemplating either a voluntary return to the office or a hybrid model, which does not disrupt the benefits many employees gained from working from home.

Scenes from our Tenkasi campus today. We try to create informal workspaces like the thinnai.

The line of people are waiting at the juice stall.

Productivity is higher when we meet face to face, that is now quite clear. Our offices are starting to be full. pic.twitter.com/OetNtNPgm1

Future of work: Work from home, office, or hybrid?

In recent weeks, both domestic and global companies are normalising office hours and returning to a pre-pandemic style of work.

Earlier this month, Google announced it would ask its employees in California to return to the office at least three days a week, starting April. Other tech giants, including Apple and Microsoft, are also rumoured to be considering implementing a work from office quota.

Last month, ﻿CRED﻿ Founder Kunal Shah made an astute comment, when he said work from home could be "comforting, but damaging in the long run."

Impact of WFH on youth is the same as impact of children who study at home.

No real bonds. No real social or network skills. Illusion of understanding and learning. No osmosis.

Comfortable but damaging in the long run.

This was backed up by the Ivanti report, which showed that 56 percent of women and 44 percent of men were negatively affected by the pandemic with issues, including a lack of interaction with coworkers, an inability to collaborate effectively, and the noise and distractions of working from home.