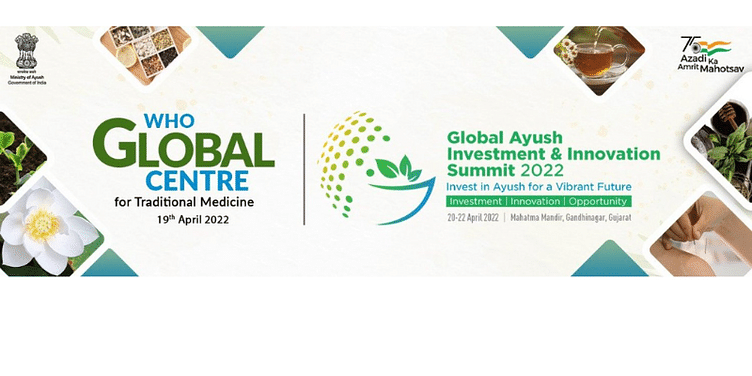 The summit, organised in line with Sustainable Development Goal Number three of promoting good health and well-being, witnessed the presence of 90 eminent speakers and 100 exhibitors.

The Ayush Ministry on Friday said it has received Letters of Intent (LoI) from various companies committing to the investment of Rs 9,000 crore during the three-day Global Ayush Investment and Innovation Summit (GAIIS).

The three-day summit, inaugurated by Prime Minister Narendra Modi on April 20 at Mahatma Mandir in Gandhinagar, came to an end on Friday with entrepreneurs submitting LoIs to the tune of Rs 9,000 crore for the sector, a release by the ministry said.

During the summit, more than 70 memoranda of understanding (MoUs) were signed between countries, prestigious research institutes, farmers' groups and industry.

The proposed investment in the Ayush sector is expected to create around 5.5 lakh jobs, said the release.

In his address at the valedictory session of the Summit, Union Minister of Ayush, Sarbananda Sonowal, said the Ayush sector is growing and achieving unprecedented milestones, under the mentorship of PM Modi.

The summit, organized in line with Sustainable Development Goal Number 3 of promoting good health and well-being, witnessed the presence of 90 eminent speakers and 100 exhibitors, said the release.

Sonowal added the investors and the entrepreneurs of the world have realized the "comparative advantages which Ayush is offering, and the Ayush sector has unprecedentedly grown to more than USD 18 billion globally".