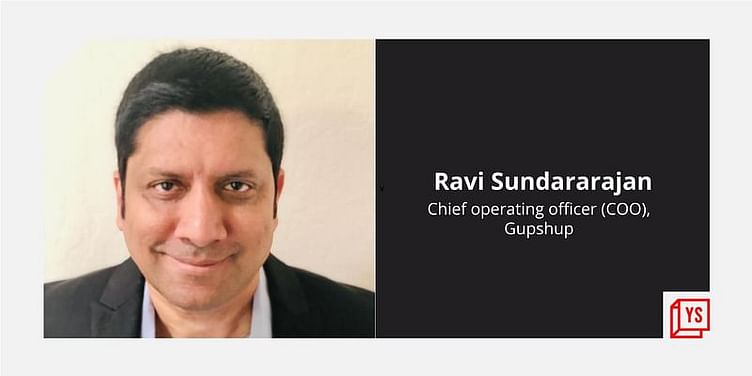 The communications platform as a service (CPaaS) enabler’s bots grew 4x in number in 2021 in step with the growth of personalised commerce across India. The country is Gupshup’s largest market, followed by the US and Latin America.

﻿Gupshup﻿, a conversational commerce enabler, is bullish on digital personalised shopping even as India enters the post-pandemic era where people are not under lockdown and don’t have to depend on online shopping alone.

The San Francisco-headquartered unicorn has recorded a 4x growth in the number of APIs (application programming interface) the company has created in the last few months. This number is only expected to grow.

“From the end of September last year (2021), we have grown phenomenally well. Using our conversational engagement platform, businesses are not only conversing with their end consumers after the purchase but also before, and while placing an order,” adds Ravi, a Harvard Business School-graduate who also headed the product teams for Akamai, among others. He joined Gupshup in 2011.

How patience and innovation helped turn Gupshup into a unicorn

Started in 2004 by Beerud Sheth, who earlier founded Elance, and Juglee’s founder Rakesh Mathur, under Webaroo Inc – Gupshup was initially modelled as an offline search engine, which later pivoted to a customer engagement platform for enterprises across SMS and other channels. At the moment, the firm provides services including conversational journey, which leads to product discovery and purchase completion, feedback and support among other services.

In India, the company started working with the likes of ecommerce platform Flipkart and Bhavish Aggarwal-led Ola when these giants were in their nascent stages.

“As they grew, we also managed to grow with them, and the more they succeeded, we started getting more interest,” says Ravi.

According to Ravi, Gupshup started seeing accelerated growth in their customer base during the December-ended quarters of 2020 as well as 2021.

After the first pandemic wave in 2020, online shopping saw major traction as most users were forced to buy everything through digital channels. This meant that enterprises were trying to grab user attention by providing them with more personalised commerce across platforms, including WhatsApp.

Gupshup supports at least 30 channels, including SMS, WhatsApp, Instagram shopping, Line (which is popular in Thailand), and WeChat for China. Currently, Gupshup is present across 40 countries.