Indian SaaS industry projected to touch $100B in revenue by 2026, says report 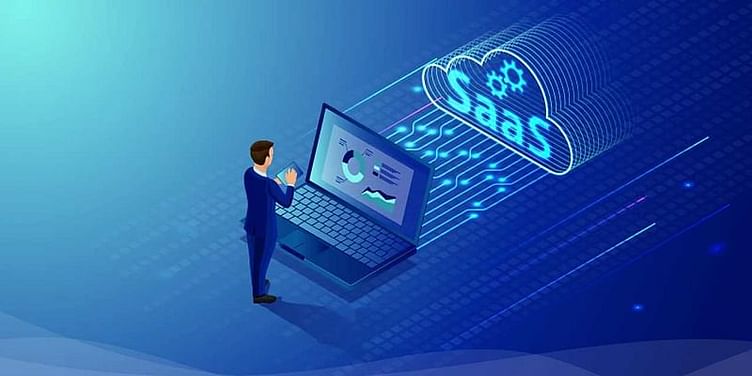 The report by Chiratae and Zinnov also highlights how India will potentially overtake China in the number of SaaS unicorns by 2026 to take the number two position globally.

The Software as a Service (SaaS) industry in India is expected to register a revenue of $100 billion by 2026 from the level of $8 billion in 2021, according to a study.

The report titled “India SaaS - Punching Through the Global Pecking Order” done jointly by leading VC firm Chiratae Ventures and management consultancy firm ﻿Zinnov﻿ also highlighted the fact India has emerged as the third largest destination for SaaS unicorns and is expected to displace China from the second position by 2026.

The report noted that the Indian SaaS industry is experiencing a ‘coming-of-age’ moment as there is a certain maturity with profitability becoming a realistic milestone for the SaaS companies and generating over 40 per cent revenue from the enterprise segment.

On the factors driving the growth of SaaS industry in India, the report highlighted the supportive policies of governments, a proven model, availability of talent & capital, and exit options available to the startups.

According to the report, venture capital investments into SaaS companies is projected to touch $6.5 billion in 2022, which is a 55 percent increase over $4.2 billion registered in 2021. Added to this, growth in the sector as well as significant reduction in the time to achieve unicorn have created over 90 percent of all SaaS unicorns in the last four years alone.

The Indian SaaS industry, which was earlier perceived to be catering to the SMB segment, has made strong inroads into the enterprise segment with focus on engineering and product development to come out with solutions which are able to deliver value.

In the year 2022, some of the key SaaS categories which are expected to gain traction are cloud native, hyper intelligent automation, cloud security, Web3, and verticalised SaaS.

On the launch of this report, Sudhir Sethi, Founder and Chairman, Chiratae Ventures, said: “India is a global SaaS leader, and Chiratae Ventures has been fortunate to be at the center of this surging momentum, with over 35 SaaS companies in our portfolio like Uniphore, which recently raised $400 million, and others like Pixis, Hevo Data, Healthplix, CropIn, Pando, Deepfence, and Squadcast which are valued over $3.5 billion and last year overall raised $600 million.”

The Indian SaaS industry is also expected to make deep inroads in the domestic market both in terms of higher engagement with the local companies as well as sourcing of talent from tier II and tier III cities.

Pari Natarajan, CEO, Zinnov, said, “2021 was a watershed year for Indian SaaS – including exponential valuations, successful IPO debuts, a vast influx of VC investments, and an unprecedented number of unicorns. Not only have Indian SaaS companies come of age, but they have also been at the forefront of creating new for India and new for the world products, led by visionary founders and a critical mass of engineering and product teams serving this purpose.”

What Bhavik Koladiya, two other BharatPe founding members are up to at their new venture